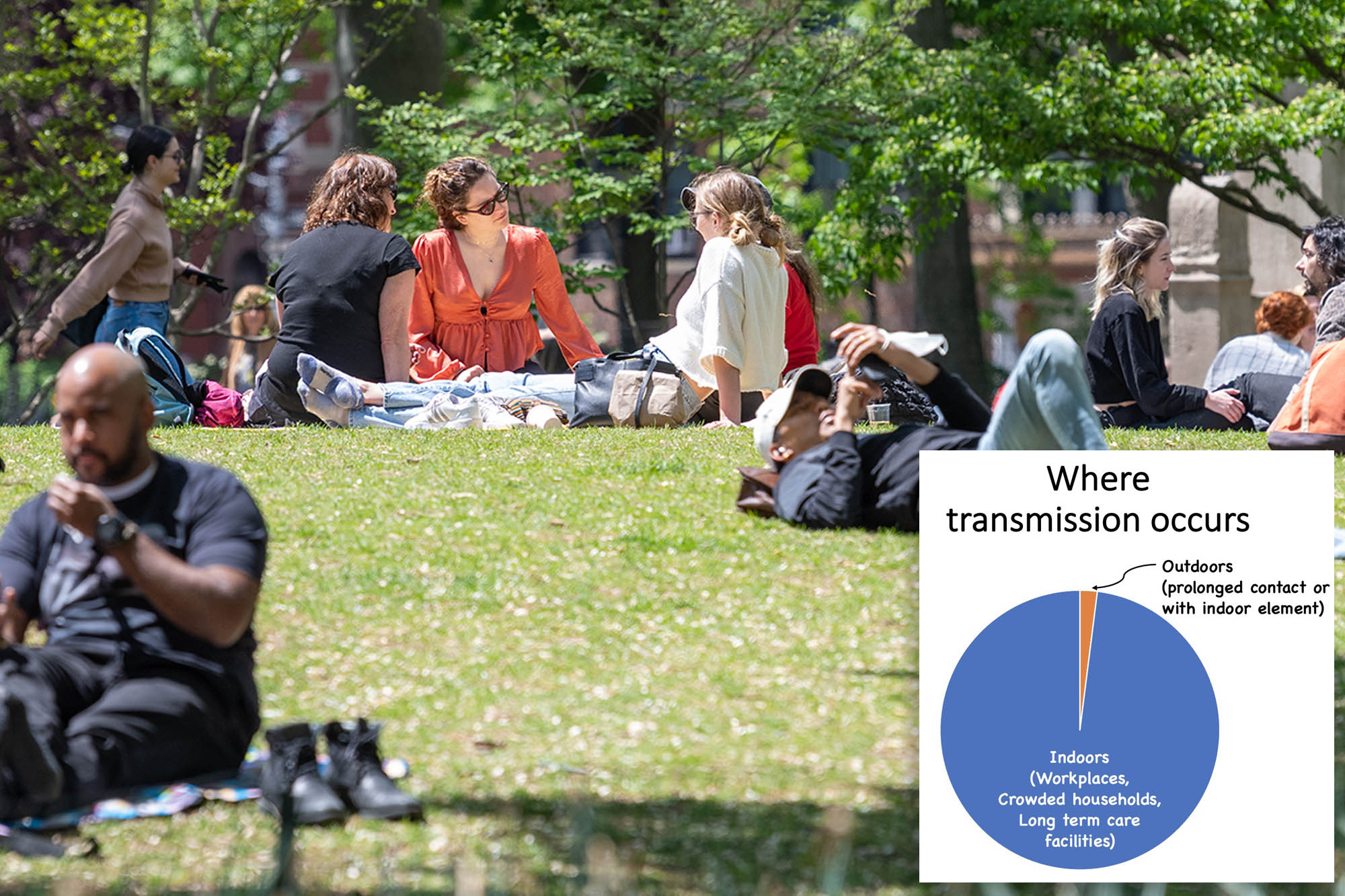 The CDC is greatly exaggerating the risk of COVID-19 transmission outdoors, claiming there is a roughly 10 percent chance — when in reality the figure is less than 1 percent, a report said Tuesday.

The higher federal figure “seems to be a huge exaggeration,” Dr. Muge Cevik, a top infectious disease doctor at the University of St. Andrews in Scotland, told the New York Times.

Dr. Aaron Richterman of the University of Pennsylvania added, “I’m sure it’s possible for transmission to occur outdoors in the right circumstances.

“But if we had to put a number on it, I would say much less than 1 percent.”

At issue is the research cited by the federal Centers for Disease Control and Prevention in touting its outdoor transmission statistic, which put the figure at a murky and allegedly too high “less than 10 percent.”

The figure is key because the agency has used it to justify its current coronavirus safety recommendations to the public, which include vaccinated people still wearing masks at “large public venues’’ and the unvaccinated using the face gear in most outdoor settings.

The CDC based its outdoor transmission figure on research largely pulled from cases at construction sites in Singapore, the Times said.

Yet a rep with the country’s Ministry of Health said, “We didn’t classify [the transmission of such cases] according to outdoors or indoors.

“It could have been workplace transmission where it happens outdoors at the site or it could also have happened indoors within the construction site,’’ the Singapore government spokesman told the Times.

CDC director Dr. Rochelle Walensky has been outspoken about people remaining super cautious even if fully vaccinated against COVID-19.Getty Images

In fact, at least some of the construction sites where “outdoor transmission’’ was recorded already had their concrete shells built — which would suggest the cases stemmed from indoor spread, experts said.

One of the researchers involved in compiling the Singapore figures even acknowledged to the Times, “We had to settle on one classification for building sites” — indoor or outdoor — “and ultimately decided on a conservative outdoor definition.”

The CDC responded to the Times in a statement, “There are limited data on outdoor transmission.

“The data we do have supports the hypothesis that the risk of outdoor transmission is low. 10 percent is a conservative estimate from a recent systemic review of peer-reviewed papers.

“It is important for people and communities to consider their own situations and risks and to take appropriate steps to protect their health.”

The agency’s chief, Dr. Rochelle Walensky, was grilled about the questionable statistic during an appearance before the Senate Committee on Health, Education, Labor & Pensions on Tuesday.

Sen. Susan Collins (R-Maine) pressed Walensky on the Times’ report — as well as one in the New York Post that revealed a national teachers union had been allegedly advising the CDC behind the scenes on its school reopening policy.

Outdoor dining would be a relatively safe activity given rates of COVID-19 transmission while outside.Getty Images

She said such behavior by the CDC matters “because it undermines public confidence in your recommendations.”

Walensky said the 10 percent threshold came from a highest-limit result from a study published in the Journal of Infectious Disease back in November.

“The topline result was less than 10 percent, published in the Journal of Infectious Diseases, one of our top infectious disease journals,” she said. “That is where that came from, it was from a published study that synthesized studies from many places.”

A superb material masks is a robust weapon towards the coronavirus