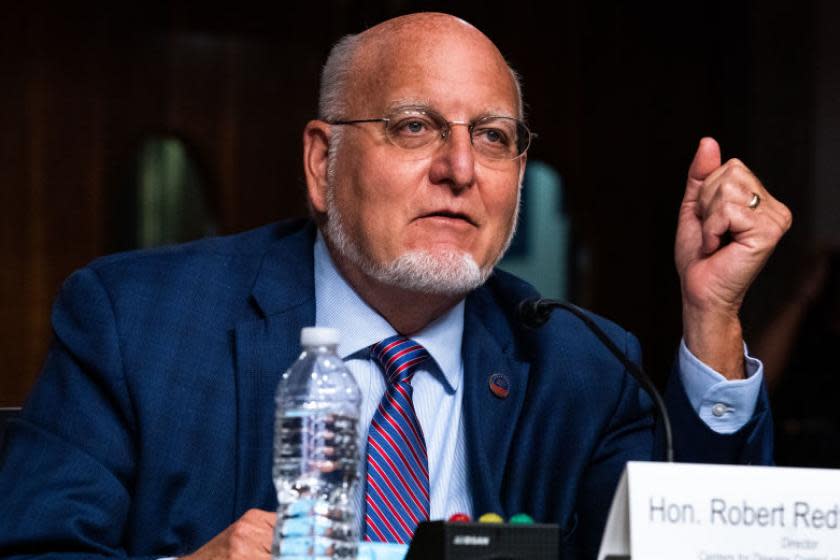 A Centers for Disease Control and Prevention official has reportedly alleged that Director Robert Redfield ordered the deletion of an email showing a Trump administration appointee attempting to interfere with a scientific report.

Rep. James Clyburn (D-S.C.), chair of the House Subcommittee on the Coronavirus Crisis, wrote to Redfield and Health and Human Services Secretary Alex Azar this week to express “serious concern about what may be deliberate efforts by the Trump administration to conceal and destroy evidence that senior political appointees interfered with career officials’ response to the coronavirus crisis at the Centers for Disease Control and Prevention,” The Washington Post and Politico report.

Clyburn said that Charlotte Kent, editor of the CDC’s Morbidity and Mortality Weekly Report, told investigators she was instructed to delete an email from Health and Human Services senior adviser Paul Alexander, and that it was her understanding that this direction was coming from Redfield. She also reportedly said the email was already deleted by the time she tried to look for it.

Alexander was “aiming to water down” a CDC report on COVID-19 and its risk to children “to match President Donald Trump’s efforts to downplay the virus,” Politico writes. The email Redfield allegedly ordered to be deleted reportedly included Alexander complaining that the CDC was trying to “hurt this Presidnet [sic] for their reasons which I am not interested in,” and Clyburn said Alexander “demanded that CDC alter or rescind truthful scientific reports he believed were damaging to President Trump.”

The report was ultimately not altered or rescinded, the Post reports. The House subcommittee is now seeking an interview with Redfield, according to CNN. A spokesperson for HHS told the Post that the “subcommittee’s characterization of the conversation with Dr. Kent is irresponsible,” adding, “we urge the subcommittee to release the transcript in full, which will show that during her testimony Dr. Kent repeatedly said there was no political interference in the MMWR process.”

Don't Miss it Suicide amongst girls surges as extra folks in Japan kill themselves in a single month than the whole quantity misplaced to COVID-19 in 2020
Up Next The FDA did not ‘approve’ Pfizer’s COVID-19 vaccine. Here is why