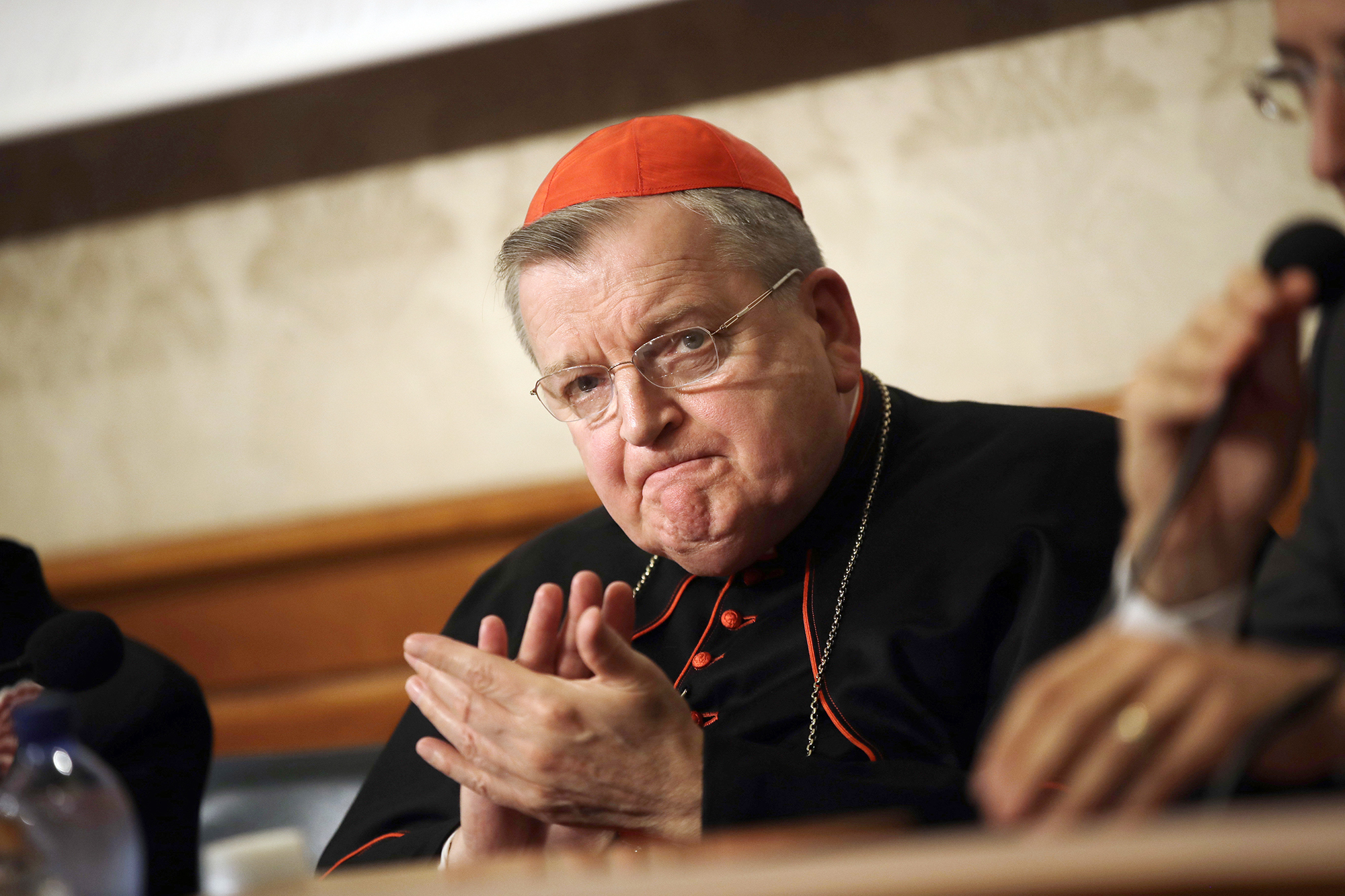 A prominent US cardinal who criticized the vaccine is now on a ventilator after getting COVID-19.

Raymond L. Burke, 73, is being treated in a Wisconsin hospital just days after confirming he had tested positive for the virus.

“Cardinal Burke has been admitted to the hospital with COVID-19 and is being assisted by a ventilator. Doctors are encouraged by his progress,” a tweet from his account said on Saturday.

Four days prior, Burke had tweeted: “Praised be Jesus Christ! I wish to inform you that I have recently tested positive for the COVID-19 virus. Thanks be to God, I am resting comfortably and receiving excellent medical care. Please pray for me as I begin my recovery. Let us trust in Divine Providence.”

Throughout the pandemic, Burke has been skeptical of the vaccine and the lockdown measures introduced to stop the spread of the virus.

Regarding lockdowns and possible vaccine mandates, Cardinal Burke said, “Whatever the state proposes must respect God and His Law.”Andrew Medichini/AP

He claimed last year that any potential vaccine mandates introduced by US states “violates the integrity of its citizens.”

“While the state can provide reasonable regulations for the safeguarding of health, it is not the ultimate provider of health. God is. Whatever the state proposes must respect God and His Law,” he said at a Rome Life Forum in Italy in May last year.

At one point during the forum, Burke referenced how the J&J shot was produced using a cell line derived from an aborted fetus, saying: “It must be clear that it is never morally justified to develop a vaccine through the use of the cell lines of aborted fetuses.

“The thought of the introduction of such a vaccine into one’s body is rightly abhorrent.”

J&J did use fetal cell lines in the development of its vaccine, but this is not the same as fetal tissue or DNA — and the vaccine itself does not contain any aborted fetal cells, according to Reuters.

Burke also referred to COVID as the “Wuhan virus” during a homily in La Crosse, Wisconsin, in December.

Burke said the virus had been “used by certain forces, inimical to families and to the freedom of nations, to advance their evil agenda.”

While he criticized the COVID-19 vaccine, it’s unclear whether Cardinal Burke received the shot.Gregorio Borgia/AP

He added: “These forces tell us that we are now the subjects of the so-called ‘Great Reset,’ the ‘new normal,’ which is dictated to us by their manipulation of citizens and nations through ignorance and fear.”

He criticized some churchgoers for not believing that Jesus could protect them from COVID.

It is not clear if Burke — who is a former archbishop of St. Louis — ended up receiving the COVID-19 vaccine.

Knowledge displays vaccinated U.S. voters made up greater than 40% of COVID-19 deaths all over omicron height, as deaths proceed to upward thrust in Wisconsin