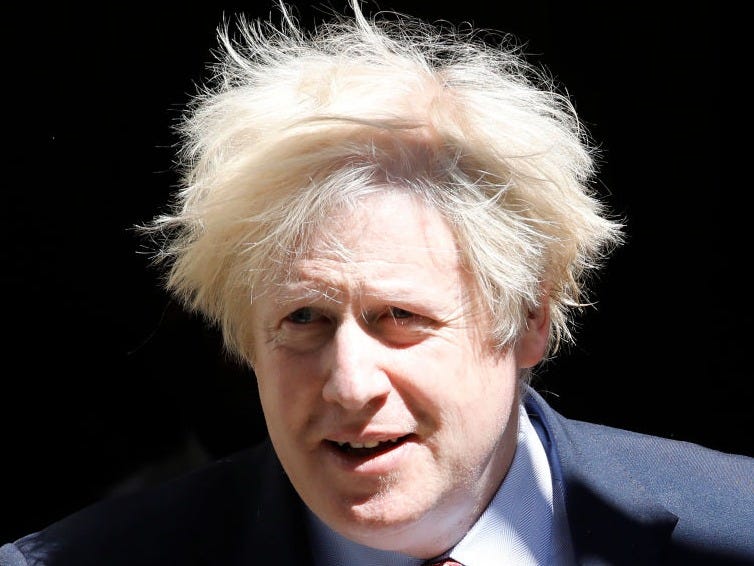 Boris Johnson reportedly told the Italian prime minister in March that the UK was aiming for herd immunity, according to a new documentary.

Sileri said: “I remember he said, ‘He told me that he wants herd immunity’.”

Downing Street have denied that herd immunity was ever UK government policy.

Boris Johnson told the Italian prime minister in March that the UK was aiming for “herd immunity” to the coronavirus, according to a new documentary.

Herd immunity is the theory that populations can develop natural protection to a virus once more than 60% of the population has caught it.

Johnson’s government has previously denied multiple reports that his government initially pursued this strategy of allowing the virus to pass through the UK population in order to achieve herd immunity.

Sileri told the programme: “I remember it perfectly because it was the same weekend that I discovered I had COVID.

“I spoke with Conte to tell [him] that I’d tested positive. And he told me that he’d spoken with Boris Johnson and that they’d also talked about the situation in Italy.

“I remember he said, ‘He told me that he wants herd immunity’.”

“I remember that after hanging up, I said to myself that I hope Boris Johnson goes for a lockdown.”

At this point in the pandemic, the UK government had dismissed the imposition of lockdowns in other countries, such as Italy, as being “populist” measures which were not based on the scientific evidence.

Sir Patrick Vallance, the chief scientific adviser to the UK government, on March 13 said he believed the UK would be able to achieve herd immunity — the theory that it would be harder for the coronavirus to spread in the future once it had affected a majority of the British population.

However, medical experts reportedly warned Johnson’s government early in the pandemic that a policy of attempting to achieve herd immunity risked killing hundreds of thousands of people.

Johnson’s government did eventually choose to impose a lockdown, after receiving scientific advice that the UK risked hundreds of thousands of deaths without imposing the restrictions.

A Downing Street spokesperson has denied that the UK had ever sought herd immunity.

‘The Government has been very clear that herd immunity has never been our policy or goal,” they said.

In the same episode of Dispatches, which will be aired on Wednesday evening, a scientist who sits on the group of experts advising Johnson’s government, SAGE, said that he and other scientists in early-March were worried that the UK government was not taking the risk of the virus seriously enough as it spread across the planet.

“So it was with some dismay that we were watching senior politicians behaving in a way that suggested that this was not something that was too serious.”

On Tuesday, March 3, Prime Minister Johnson told the government’s daily press conference that he had been shaking people’s hands “continuously,” and was filmed shaking hands with notable people in the days which followed.

However, on the same day and hours before that press conference, scientists advising Johnson’s government agreed that the prime minister and other ministers “should advise against greetings such as shaking hands.”

Texas was one of many first states to reopen. Now it is seeing document numbers of the coronavirus and its Republican governor is urging folks to remain dwelling.