President-elect Joe Biden on Friday unveiled a broad plan to accelerate the sluggish level of state by state COVID-19 vaccination rates by employing FEMA and the National Guard in a bid to make good on his promise to deliver 100 million jabs in his first 100 days in office.

The main pillars of Biden’s plan include the creation of mobile vaccination units to help inoculate communities in hard-to-reach areas and encouraging states to vaccinate anyone over the age of 65.

In a bid to get as many Americans vaccinated as quickly as possible, the Biden administration will also call up the National Guard and FEMA, the federal government’s lead disaster response agency, to stand up an initial 100 federally-supported community vaccination centers around the nation.

In a speech in Wilmington, Del., on Friday afternoon, Biden laid the blame for the slow rollout at the feet of state authorities.

“Implementation has been too rigid and confusing. If you were to ask most people today, they couldn’t tell you who exactly is getting vaccinated,” Biden said. “What they do know is there are tens of millions of doses of vaccine sitting unused in freezers around the country.”

Joe Biden announced his plan to accelerate COVID-19 vaccine rates on a state by state basis on January 15, 2021.ANGELA WEISS/AFP via Getty Images

For example, New York officials have been under increasing fire for the sluggish pace of getting shots into arms.

Many at-risk New Yorkers seniors have been forced to endure an agonizing wait for the miracle shot before Mayor Bill de Blasio sounded the alarm on Friday that the Big Apple is set to run out of coveted vaccine doses by next week.

Vaccination rates continue to fall far short of what public health officials had projected. As of Friday morning, 31.1 million shots have been distributed around the country but only 10.5 million people have received their first jab, according to CDC data.

Biden warned the pandemic would get worse before it gets better, dashing hopes that the delivery of the newly-approved drug would ease the ravages of the pandemic.

“Vice President Harris and I, we just received a briefing from our COVID team. Truthfully, we remain in a very dark winter. Infection rates are up 34 percent, more people are hospitalized because of COVID than ever before,” he said.

“Things will get worse before they get better. I told you I will always level with you. The policy changes we’re going to be making will take time to show up in the COVID statistics,” he said.

In early December, the president-elect unveiled his 100-day mandate to combat the scourge of the public health crisis which includes a 100-day mask mandate on federal property. 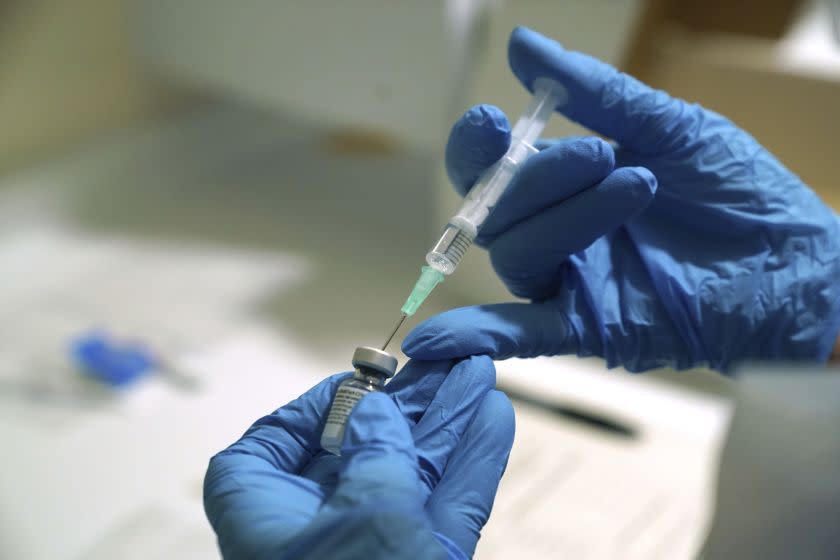 A dose of COVID-19 vaccine made by Pfizer and BioNTech is prepared at the Royal Victoria Infirmary in Newcastle, England.…

The ongoing coronavirus situation has caused havoc across the globe. It has not only had an impact on the global… 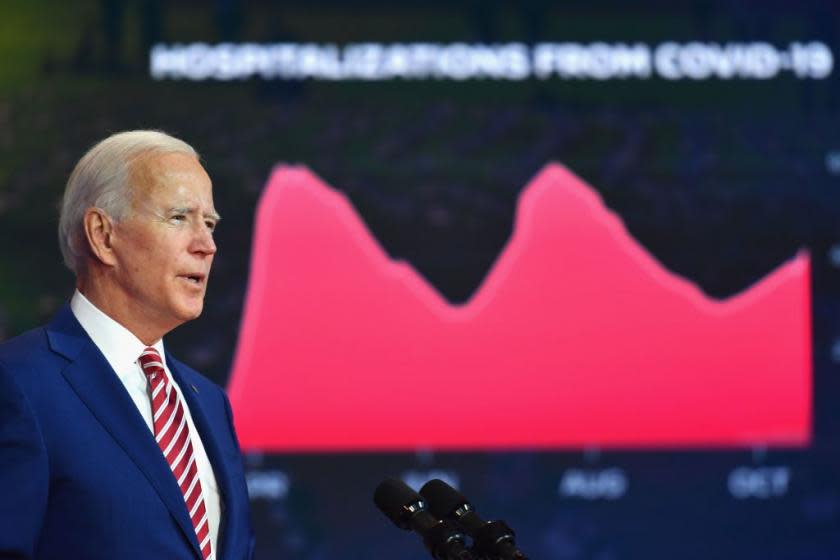 For two weeks, COVID-19 cases and deaths have dropped steadily from the alarmingly high peak of America’s third wave of…

German Chancellor Angela Merkel says she won’t take AstraZeneca’s coronavirus vaccine. The vaccine has been approved for only people under…

The ongoing coronavirus pandemic for sure may have toppled the world order, but in between the testing period, it has…