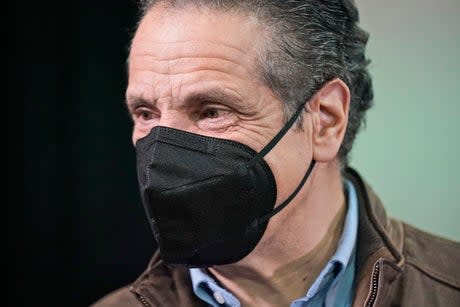 Prince Harry says he’s ‘disappointed’ in Prince Charles, but will work to ‘heal’ their relationship

Prince Harry gave an honest assessment of his relationship with his father, Prince Charles, and brother, Prince William, telling Oprah Winfrey that he has “compassion” for both of them because they are “trapped” inside the royal family. During an interview that aired on CBS Sunday night, Harry said he did not “blindside” his grandmother, Queen Elizabeth II, with the news that he would be stepping back from his royal duties, saying he has too much “respect” for her. Last year, Harry and his wife, Meghan Markle, moved from Britain to California, and he said that recently, he’s actually spoken to the queen more than usual, and they have a “really good relationship.” It’s been harder to relate with his father, though. Harry said he is “disappointed” in him, and does not think the family did enough to protect Markle from bad press. “I saw history repeating itself,” he said, referring to his mother, the late Princess Diana, who was hounded by tabloids. Harry said he asked for help, but Charles stopped answering his calls. Had he received assistance, “we wouldn’t have left,” Harry said, but “we did what we had to do.” He denied having long ago decided he would leave his royal duties, and Markle backed him up. “I left my career, my life,” she said. “I left everything because I love him. Our plan was to do this forever.” Harry told Winfrey he has money his mother left him, and believes she would have been “very angry at how this has played out, and sad. But ultimately, all she’d ever want is for us to be happy.” Today, Harry said Charles is accepting his phone calls, but “there’s a lot to work through there.” He thought his father would be more understanding, and “there’s a lot of hurt that’s happened.” It is now one of Harry’s “priorities to try and heal that relationship,” he added. As for William, Harry said he “loves him to bits” but “we’re on different paths.” Through Markle, Harry said he was able to see he was stuck in the “institution” he was born into, and his father and brother “are trapped. They don’t get to leave. And I have compassion for that.” More stories from theweek.comThe Harry and Meghan interview might have taken down more than the royal family7 spondiferously funny cartoons about the Dr. Seuss controversyIn unaired interview clip, Meghan Markle explains why she thinks everyone has a ‘basic right to privacy’

Most secure Place within the World? Vermont in US is Main the Covid-19 Vaccine Race