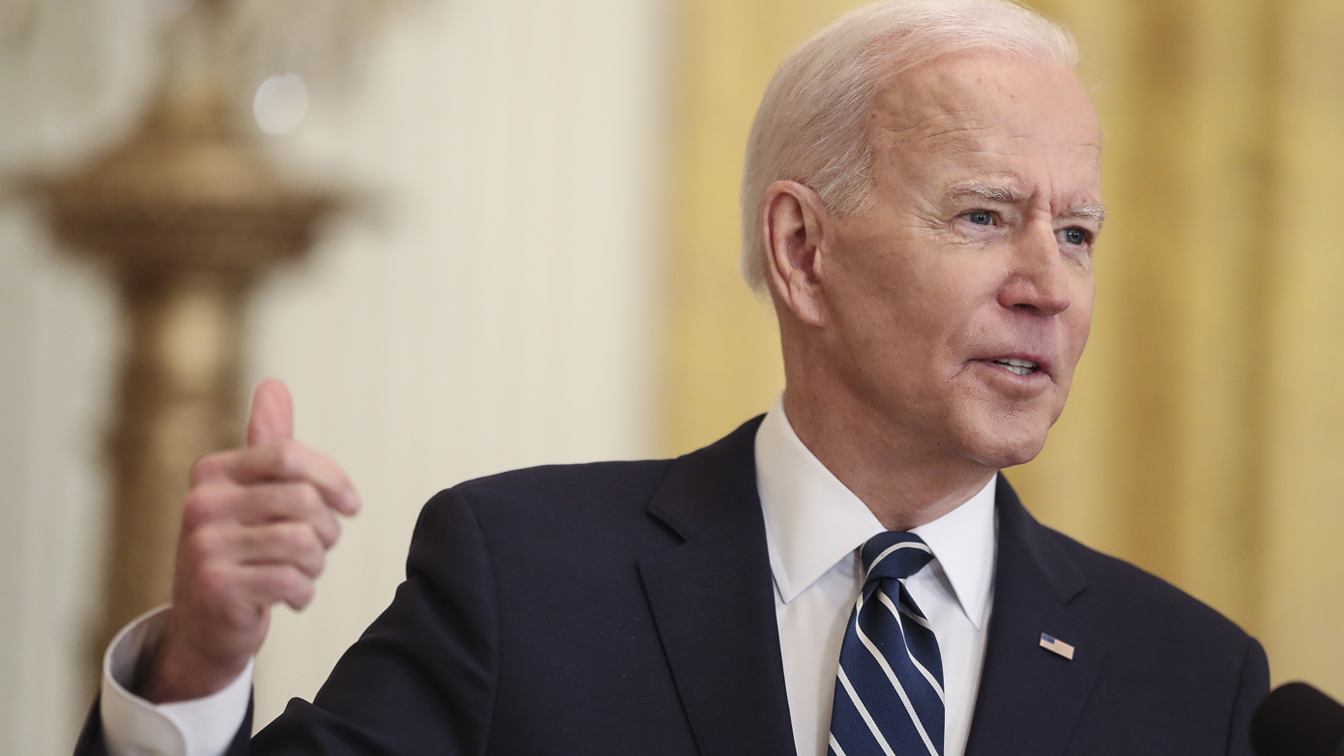 WASHINGTON — Top public health officials in the Biden administration are increasingly concerned about a fourth coronavirus wave, which could hamper progress the nation has made in recent weeks in the fight against COVID-19.

That wave has already washed over parts of Europe and appears to be rising in Florida, where college-age revelers have congregated in recent days, as well as in New York and New Jersey, where the pandemic made its devastating landfall a year ago.

“Impending doom” was the stark phrase Dr. Rochelle Walensky, director of the Centers for Disease Control and Prevention, used to describe her view of the situation during a White House coronavirus task force briefing on Monday. She noted that the number of new infections had risen from about 55,000 per day to more than 60,000.

President Biden at a news conference in the East Room of the White House on Thursday. (Oliver Contreras/Sipa/Bloomberg via Getty Images)

“We have so much to look forward to, so much promise and potential of where we are and so much reason for hope, but right now I’m scared,” Walensky said.

There is not yet firm evidence that a new, substantial surge is underway, but it is clear that recent days have seen a reversal of a downward trend that had lasted for several weeks, and that appeared to contribute to a highly favorable view of President Biden’s pandemic response.

The Biden administration is desperate not to squander its good fortune, but Washington has little control over the decisions made at the state level. And even some of the nation’s most cautious governors, including Larry Hogan of Maryland, Gavin Newsom of California and Andrew Cuomo of New York, have moved quickly to reopen their states, in part because of political pressure from frustrated, exhausted citizens.

The Biden administration has warned against states reopening too quickly but has also been careful not to engage in the kinds of skirmishes that broke out last spring between then-President Donald Trump and governors who disagreed with his approach to the virus. The task force will hold a conference call with the nation’s governors on Tuesday and will presumably ask them to slow down their reopenings.

COVID-19 vaccines are being administered “as quickly as humanly possible,” White House coronavirus adviser Andy Slavitt said during Monday’s press briefing. About 3 million Americans are now being vaccinated daily, a rate that is more than triple that of Trump’s final week in office, and that reflects the far greater availability of vaccines today than in December and January.

Even so, new strains of the coronavirus are proliferating, and Americans are increasingly eager to travel and socialize.

If a fourth pandemic wave slams into the United States, schools and businesses could close again, as they have in Europe, which has frequently served as a coronavirus bellwether. Most of Europe, however, has struggled in its vaccination efforts compared with countries like the United States, Israel and the United Kingdom.

A new surge in the U.S. could undermine Biden’s efforts to have the country return to something resembling a pre-pandemic reality in the coming months. He has promised Americans that they can have a relatively normal Fourth of July holiday. That goal appears to be attainable, perhaps even somewhat modest. Yet it is also not preordained.

Absent even more rapid vaccinations, the Biden administration doesn’t have many other tools left, other than the well-known advice to wear masks and practice social distancing. That has left top officials making personal pleas that seek to break through to ordinary people who may have grown weary of official advice and warnings from politicians.

In admitting her concerns on Monday, Walensky said she was going to “lose the script,” proceeding to speak emotionally as a physician and, as she put it, “as a wife, as a mother, as a daughter.” Last week Walensky spoke in similarly personal terms about her son finally returning to school.

Speaking later in the press briefing, Walensky alluded to the pandemic’s tendency to ebb and flow, which is helped along by half-followed public health measures that do not do enough to halt community spread.

“Things really have a tendency to surge,” she said. “And surge big.”