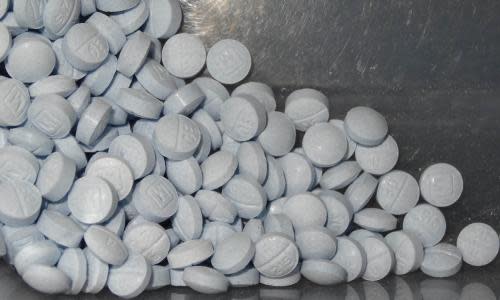 In West Virginia, they are bracing for the second wave.

The epidemic that hit the Appalachian state harder than any other in the US finally looked to be in retreat. Now it’s advancing again. Not coronavirus but opioid overdoses, with one scourge driving a resurgence of the other.

Related: Life after opioids: ‘We have not served our patients well’

Covid-19 has claimed 93 lives in West Virginia over the past three months. That is only a fraction of those killed by drug overdoses, which caused nearly 1,000 deaths in the state in 2018 alone, mostly from opioids but also methamphetamine (also known as meth).

That year was better than the one before as the Appalachian state appeared to turn the tide on an epidemic that has ravaged the region for two decades, destroying lives, tearing apart families and dragging down local economies.

Now coronavirus looks to be undoing the advances made against a drug epidemic that has claimed close to 600,000 lives in the US over the past two decades. Worse, it is also laying the ground for a long-term resurgence of addiction by exacerbating many of the conditions, including unemployment, low incomes and isolation, that contributed to the rise of the opioid epidemic and “deaths of despair”.

“The number of opioid overdoses is skyrocketing and I don’t think it will be easily turned back,” said Dr Mike Brumage, former director of the West Virginia office of drug control policy.

“Once the tsunami of Covid-19 finally recedes, we’re going to be left with the social conditions that enabled the opioid crisis to emerge in the first place, and those are not going to go away.”

To Brumage and others, coronavirus has also shown what can happen when the government takes a public health emergency seriously, unlike the opioid epidemic, which was largely ignored even as the death toll climbed into the hundreds of thousands.

The American Medical Association said it was “greatly concerned” at reported increases in opioid overdoses in more than 30 states although it will be months before hard data is available.

Clearly, what we have lost with the pandemic is a loss of connection

Public health officials from Kentucky to Florida, Texas and Colorado have recorded surges in opioid deaths as the economic and social anxieties created by the Covid-19 pandemic prove fertile ground for addiction. In addition, Brumage said significant numbers of people have fallen out of treatment programmes as support networks have been yanked away by social distancing orders.

The resurgence was not unforeseen. In March, as Covid-19 escalated, Donald Trump warned about the human toll beyond lives claimed by the virus.
“You’re going to have tremendous suicides, but you know what you’re going to have more than anything else? Drug addiction. You will see drugs being used like nobody has ever used them before. And people are going to be dying all over the place from drug addiction,” he said.

Brumage and others who spoke to the Guardian were at pains to say they believed the scale of the government’s response to Covid-19 is necessary. But they saw the mobilisation of financial resources and political will to cope with the virus in stark contrast to the response of successive administrations to the opioid epidemic.

Emily Walden lost her son to an opioid overdose and now heads Fed Up!, a group campaigning to reduce the US’s exceptionally high opioid prescribing levels.

“Congress immediately acted with coronavirus to help those that lost their jobs, to make sure that people were taken care of and it was addressed properly,” she said. “Look at the difference with the opioid epidemic, which has largely been ignored by our federal government for 20 years.”

While the US government has thrown $6tn at coronavirus, the Trump administration dedicated just $6bn to directly dealing with opioid addiction over his first two years in office even though about the same number of people died of drug overdoses in that period as have now been lost to Covid-19.

You can think of Covid-19 as a hurricane whereas the opioid crisis is more like global warming. It’s happening, it’s slow, it’s dangerous

“It’s robbed the oxygen out of the room and made it the sole focus of what’s happening,” said Brumage. “There’s also a fatigue about the opioid crisis. You can think of Covid-19 as a hurricane whereas the opioid crisis is more like global warming. It’s happening, it’s slow, it’s dangerous, but it’s not happening at the same speed and scale as the coronavirus is having right now.”
Brumage attributes the difference in response in part to attitudes toward drug addiction.

“The difference between getting Covid and dying of an overdose is stigma around drug use. This has been ingrained across the United States – that people using drugs are somehow seen as morally deficient and so it becomes easier then to other and alienate those people,” he said.

Walden does not accept that explanation. Like many whose families have been devastated by opioids, she sees a personal and public health catastrophe perpetuated by the financial and political power of the pharmaceutical industry to drive the US’s exceptionally high opioid prescribing rates which were a major factor in driving the epidemic.

“This comes down to lobbyists and money. People say it’s stigma and it’s not. There is stigma but it’s about profits and greed,” she said.

Dr Raeford Brown, a former chair of the Food and Drug Administration’s opioid advisory committee, is a longstanding critic of drug industry influence over opioid medical policy and the government’s response to the epidemic. He sees a parallel with coronavirus with US states lifting strong social distancing orders too early under corporate pressure.