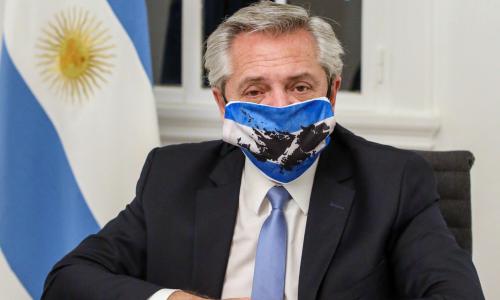 Argentina’s president Alberto Fernández has gone into voluntary isolation amid growing concerns over a surge of coronavirus infections, including several cases among the country’s political elite.

The decision to quarantine the president – whose popularity is riding high on his no-nonsense response to the pandemic – was taken due to the “significant increase in the circulation of the virus,” presidential doctor Federico Saavedra said in a statement on Wednesday.

Until now, Argentina’s strong coronavirus lockdown, had been a standout success in the containment of the pandemic that is ripping through its South American neighbours Brazil and Chile.

But that may start changing after Argentina’s reported cases more than quadrupled in the last month following the gradual lockdown relaxation that began on 10 May.

The sudden spike in cases has also struck a number of current and former senior politicians, including former Buenos Aires governor María Eugenia Vidal, 46, a presidential hopeful for the 2023 elections for the opposition PRO party.

Other positive cases Vidal had recently been in contact with include Martín Insaurralde, mayor of the district of Lomas de Zamora in the Greater Buenos Aires area, and Buenos Aires provincial legislator Alex Campbell.

Argentina’s reported cases have more than quadrupled from only 8,000 on 17 May to some 35,000 cases now, with almost 16,000 of those cases in Buenos Aires City and another 14,000 in the surrounding Greater Buenos Aires area.

The number of nationwide deaths has risen from 373 one month ago to 878 Wednesday.

Despite the recent surge in cases, Argentina’s numbers remain far below those of its giant northern neighbour Brazil, the country with the second highest caseload in the world, 923,000, and its western neighbour Chile, ranking ninth worldwide with 221,000 cases. Argentina by comparison ranks 34th in number of cases.

President Fernández has already started following his doctor’s order to suspend all “travel and personal meetings” and remain within the walls of the Quinta de Olivos presidential compound in Greater Buenos Aires, cancelling his attendance at the forthcoming national flag day ceremony in the central city of Rosario Friday, a major Argentinian festivity.