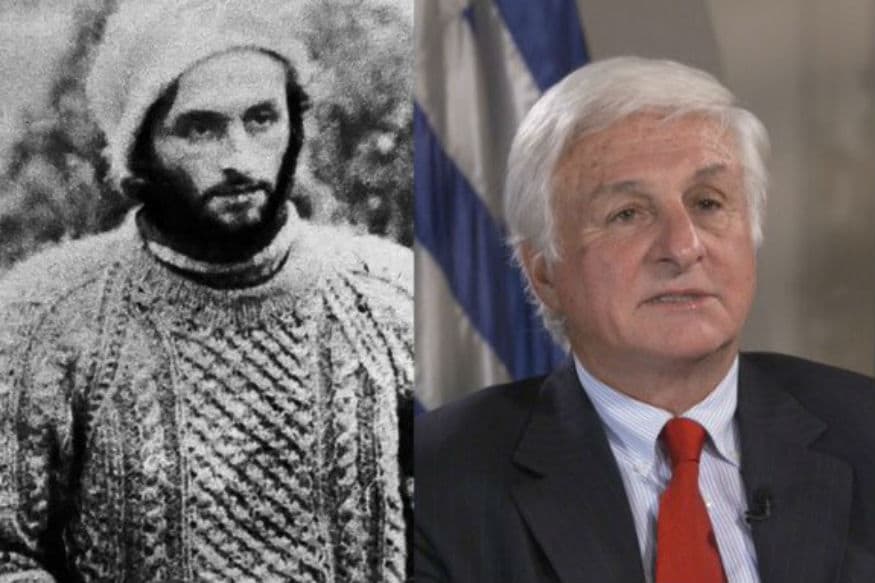 Roberto Canessa survived a plane crash in the Andes and 72 days battling extreme weather, hunger and the fear of dying while stranded in a frozen mountain range.

Now, the 67-year-old cardiologist has vowed to take on the coronavirus pandemic in his native Uruguay by building ventilators.

In 1972, Canessa was one of 45 people on a plane traveling from Uruguay to Chile with a rugby team onboard when it crashed in the Argentine Andes.

Some died on impact, others from their injuries and yet more from hunger. But 72 days later, 16 survivors were rescued.

Alongside fellow rugby player Fernando Parrado, Canessa braved freezing conditions, terrifying wilderness, inhospitable terrain and a lack of suitable clothing, setting out on a journey to find help even though they had no idea which way the nearest town might be.

The tragedy and their epic journey were made into a Hollywood feature film, “Alive,” starring Ethan Hawke.

“When I saw that around the world people were dying from a lack of air, it reminded me of the mountain, when I saw my friends who couldn’t breathe anymore, and I said: No, this can’t happen to me again,” Canessa told AFP, moments after testing the latest prototype of his ventilator.

As the virus spread, he realized that although superpowers like the United States and China were going to be able to buy or make ventilators, “Uruguay wasn’t.”

“That’s something I also learned on the mountain: I was here, I needed to get out, I had to start walking, I didn’t know how far I had to go, but with every step I would be closer” to a possible rescue, he said.

Now, “I wanted to get closer to a ventilator.”

His fame as a miracle survivor of the Andean tragedy helped attract support for his cause.

It took only a few days to produce a first model, which he christened “Charrua” — naming it after an indigenous group from Uruguay and parts of neighbors Argentina and Brazil.

The WhatsApp group Canessa created — called “Respiradores” or Ventilators — has 80 volunteers including pneumatic, electric and robotics engineers working on four models that they have designed and built.

The aim is to make as many as possible. But first they need to be tested and calibrated, something that began on Wednesday in a Montevideo hospital.

Compared to ventilators made by specialist companies, which cost around $20,000 each, these can be made for as little as $1,200.

And so far, Uruguay has time on its side. In a country of 3.5 million people, there have been just 550 cases and 12 deaths.

Fernanda Blasina, director of the neonatology department at the University of the Republic hospital in Montevideo, says intensive care tests are being carried out on a newborn piglet to “evaluate treatments and different equipment.”

And while Canessa acknowledges the government may be skeptical about ventilators made “in a garage” — “when the people are desperate, the public health ministry will have to use it.”

“My obligation as a citizen is to say: I have this, if it’s useful; if you need it, use it.”

Again to College! How Colleges in Europe are Making ready to Open with Covid-19 Guidelines