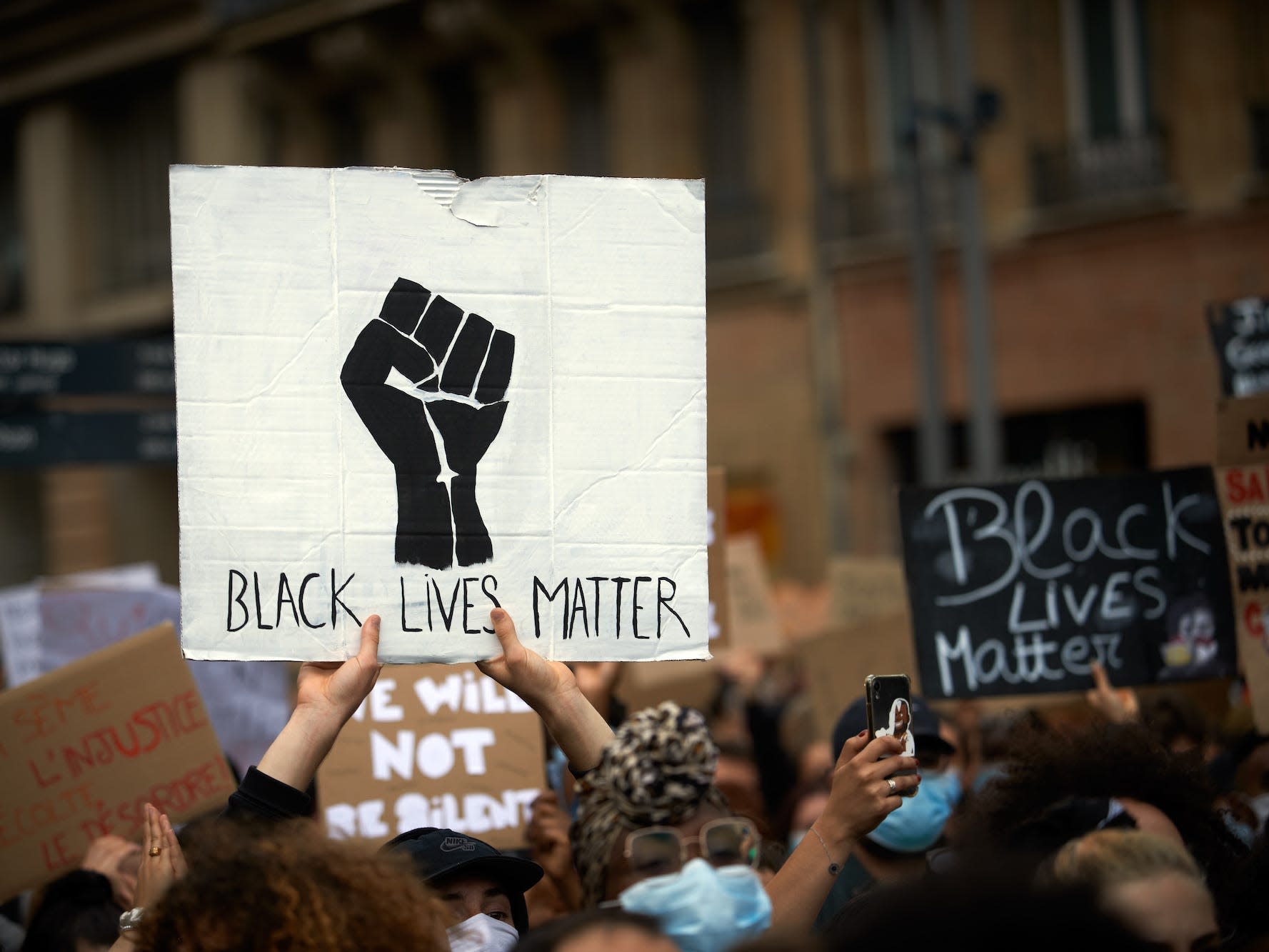 Ruth Stickel (L), a principal at an Ohio elementary school, was suspended for comments made to Facebook from March to October 2020. Pickering Local School District, SETH HERALD/AFP via Getty Images

A principal at an elementary school in Pickerington, Ohio, faces a 10-day suspension over the course of three months after she violated the school district’s social media policy, ThisWeek Community News reported.

Ruth Stickel, principal at Fairfield Elementary School, made multiple controversial comments on Facebook, including one where she called George Floyd, the 46-year-old Black man killed by police in May, a “criminal.”

Stickel had previously been given a disciplinary letter, sparking concern among community members after a Black administrator in the same school district lost a promotion after violating the social media policy.

An elementary school principal in Pickerington, Ohio, will serve a 10-day suspension over the course of 10 weeks following controversial posts she made earlier this year on Facebook on several topics, including the coronavirus pandemic and the police killing of George Floyd.

Ruth Stickel, the principal of Fairfield Elementary School in a suburb of Columbus, will carry out her suspension over the course of the winter, with four days in January, another four in February, and two days in March, according to a report from ThisWeek Community News. Stickel did not immediately return Insider’s request for comment Monday.

Stickel made the comments on Facebook between the months of March and October, according to the report. On a post about the death of George Floyd, the 46-year-old Black man killed by police in Minneapolis on Memorial Day, Stickel commented “he was a criminal.”

Floyd’s death sparked nationwide protests, including in Ohio, against racism and police brutality after a video of his death went viral across social media. The video showed a white police officer knelt on Floyd’s neck for eight minutes while he pleaded that he was unable to breathe.

According to an October report from The Columbus Dispatch, Stickel, a former teacher and assistant principal, also shared an image calling Black Lives Matter a “leftist lie,” though as part of her settlement with the school district dated December 7, officials in the Pickerington Local School District said an investigator found “no conclusive evidence that Ms. Stickel posted or shared such a video or words,” ThisWeek reported.

In one post, the principal reportedly invoked the baseless theory that COVID-19 was created in a lab

In another comment, Stickel appeared to allude to the baseless conspiracy theory that COVID-19 had been intentionally created in a laboratory in Wuhan, China, where the novel coronavirus was first discovered late last year. An October poll found that 25% of Americans believe that COVID-19 was engineered in a lab, though there’s no evidence to support the claim, Business Insider’s Aylin Woodward previously reported.

Stickel wrote that Dr. Anthony Fauci, the longtime director of the National Institute of Allergy and Infectious Diseases and a leader in the US COVID-19 response, should face murder charges, writing “his little [President Barack] Obama and Fauci lab in Wuhan is cooking something up,” according to The Columbus Dispatch.

In another comment, Stickel reportedly claimed that Vice President-elect Kamala Harris, then the Democratic nominee for vice president, intended to turn the US into a communist nation. According to the October report from The Columbus Dispatch, Stickel was first issued a disciplinary letter that stated her posts “caused a disruption to the school district.”

The letter warned Stickel that subsequent social-media posts could lead to further punishment, including her termination, The Dispatch reported.

Following the October disciplinary letter, concern emerged among members of the community. In July, Damicka Bates, who is Black and an assistant principal at the nearby Tussing Elementary School had a promotion revoked from the school board after she posted to Facebook a photo of her daughter standing near anti-police graffiti that contained profanity.

A group of community members in October demonstrated outside a school board meeting, arguing that the social-media policy hadn’t been equally applied in both cases, ThisWeek reported.

Bates did not return Insider’s request for comment but said in a previous statement as part of her settlement with the school district she did not agree with the sentiment expressed by the graffiti, claiming it was inadvertently included in the photo she shared due to an issue with its cropping, according to ThisWeek.

School officials said in a statement issued December 18 that “the District handled the two matters the same up to the point where one required the Board of Education to take action on a pending change of assignment that the administrator voluntarily agreed to forego.

“As a District that values diversity, we proudly represent over 10,000 students, their families, and other stakeholders,” the statement said. “In these two cases, unacceptable social media use caused the District to take a stance on issues that are seemingly divisive; however, justice demands that each case is considered on its own merits.”

As part of her settlement with the school district, Stickel was required to complete 12 hours of training on racial sensitivity, diversity, and inclusion, according to ThisWeek.