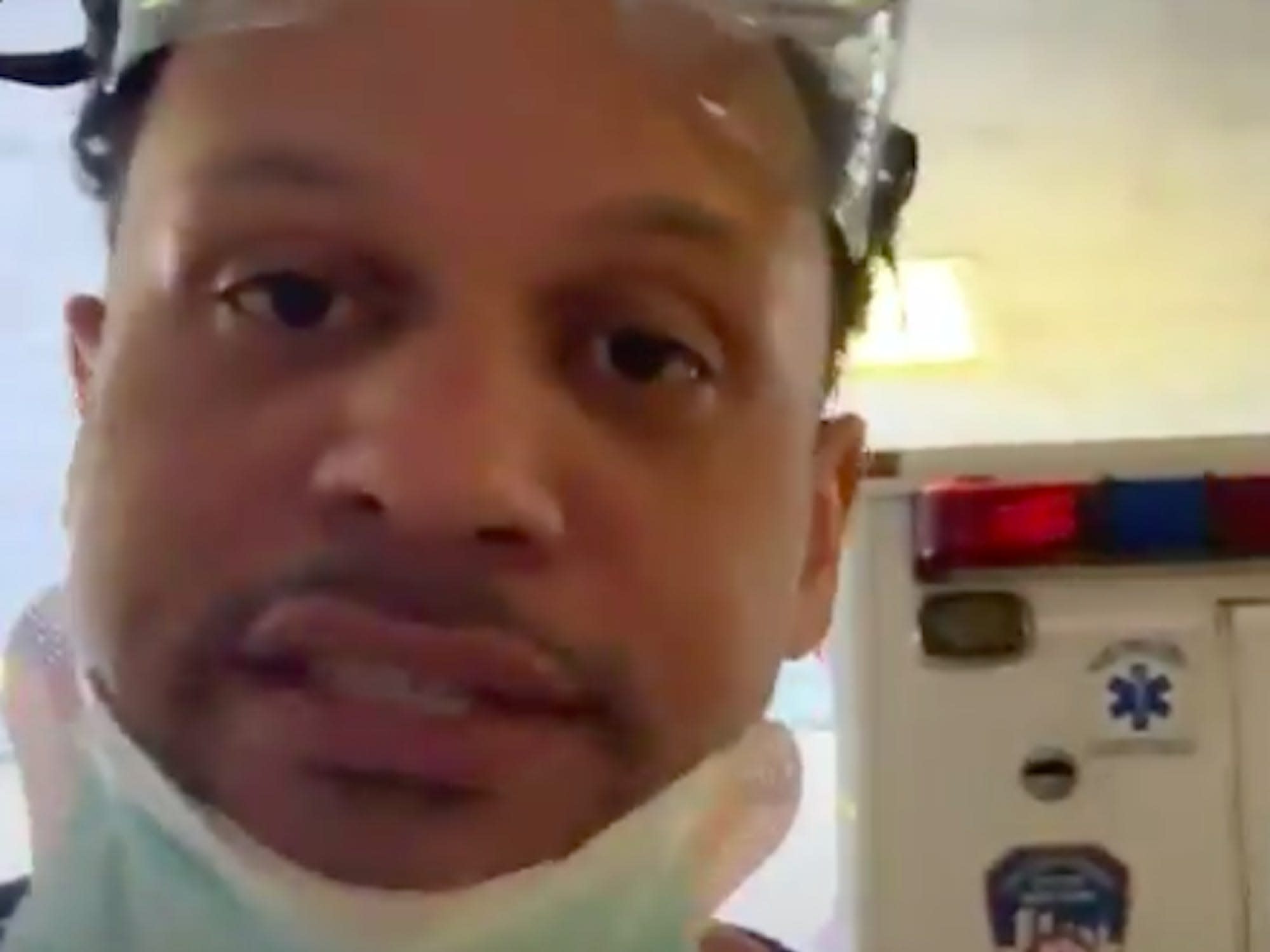 In Arizona, an ER doctor said the company he works for told him that his hospital didn’t want him to return to work after he posted a viral tweet about a coronavirus surge.

Cleavon Gilman tweeted, “Just got to work and was notified there are no more ICU beds in the state of Arizona.”

He told the Post that he was forced to treat coronavirus patients in the waiting room on the night he sent the tweet and felt a “moral obligation” to share his experience.

The hospital said that there had been a “misunderstanding” and Gilman is due to work this weekend, but Gilman said it was “news to me.”

President-elect Joe Biden had called Gilman after the tweet went viral, telling him “how much he appreciates” his efforts and those of other frontline workers across.

Related: How to help hospitals and healthcare workers fighting the coronavirus

In Arizona, an ER doctor said he was told not to return to work in his hospital over his viral tweet warning about a coronavirus surge overwhelming the hospital.

Cleavon Gilman tweeted on November 22: “Just got to work and was notified there are no more ICU beds in the state of Arizona.” The tweet has now been retweeted almost 30,000 times and has almost 82,000 likes.

He followed up: “What happened to the 175 beds??? We likely don’t have nursing to staff them. This is not good.”

And he tweeted Arizona Governor Doug Ducey, asking for action: “ZERO ICU Beds!! @dougducey what are you going to do??”

And he added: “An ICU bed without staff is like a plane without a pilot – USELESS!!”

He then told the Arizona Republic that the company he worked for, Envision Healthcare, called him less than a day later and said that the hospital, Yuma Regional Medical Center, told him not to return to work.

He said: “They told me it was because of the tweets and I couldn’t believe it because that was accurate information I posted to inform the citizens of Arizona.

“It is a grave injustice and it’s not just happening to me. Doctors everywhere are afraid to speak up.”

Yuma Regional Medical Center said in a statement that Gilman had been not been fired and that he is due to return to the ER this weekend.

And spokeswoman Shay Andres told The Washington Post: “It’s clear there has been a misunderstanding. While he is not speaking on behalf of YRMC, we respect Dr Gilman’s right to share his personal perspective on the pandemic.”

In response to the hospital statement, Gilman tweeted: “Oh really… this is news to me.”

Envision said in a statement to the Post that he has “continuously advocated for his patients and the health and safety of the Yuma community,” but did not directly address his allegations.

Gilman told the Post that he was forced to treat coronavirus patients in the waiting room on the night he sent the tweet. He said he felt a “moral obligation” to share his tweet.

Arizona’s Department of Health Services reported at the time that 90% of the state’s ICU beds were in use, according to the Post.

Gilman said: “I didn’t do anything wrong. I was sharing information.”

He told the Post that he has now missed five shifts, and has not worked since November 23.

President-elect Joe Biden had called Gilman after the tweet went viral, telling him “how much he appreciates” his efforts and those of other frontline workers across.

The Twitter account for Biden’s transition shared the call and wrote: “We are thankful to Dr. Gilman and all the inspiring frontline workers who risk their lives to protect us during this pandemic.

“We promise you this: You have a partner in the Biden-Harris administration.”

As the Post noted, other healthcare workers across the US say they have faced repercussions from their employers for speaking out and warning people about the state of the pandemic.

The coronavirus has now infected almost 16 million people in the US and has killed more than 295,000 people there, according to data from Johns Hopkins University.

The US is the worst-affected country in the world by the world and has held that title for months.

He tweeted on December 11: “I moved my entire family to Yuma, Arizona from NYC. Then was told ONE DAY that I could not return to work over a tweet about ICU beds.

“This is unjust, but has happened to 100s of ER doctors nationwide. We need legislation that provides due process for ER doctors like me.”

He added: “Hospitals should not be able to tell doctors that we cannot return to work without a fair hearing, but that is exactly what has happened to me and 100s of others!”

The Post reported that Gilman, an Iraq War veteran, worked through surges of the virus in New York before moving to Arizona.

He told the Arizona Republic: “You could leave a war zone if you couldn’t handle it. COVID is everywhere.”

Officials and doctors around the US have warned that hospitals, emergency rooms, and 911 centers are overwhelmed as the pandemic continues.