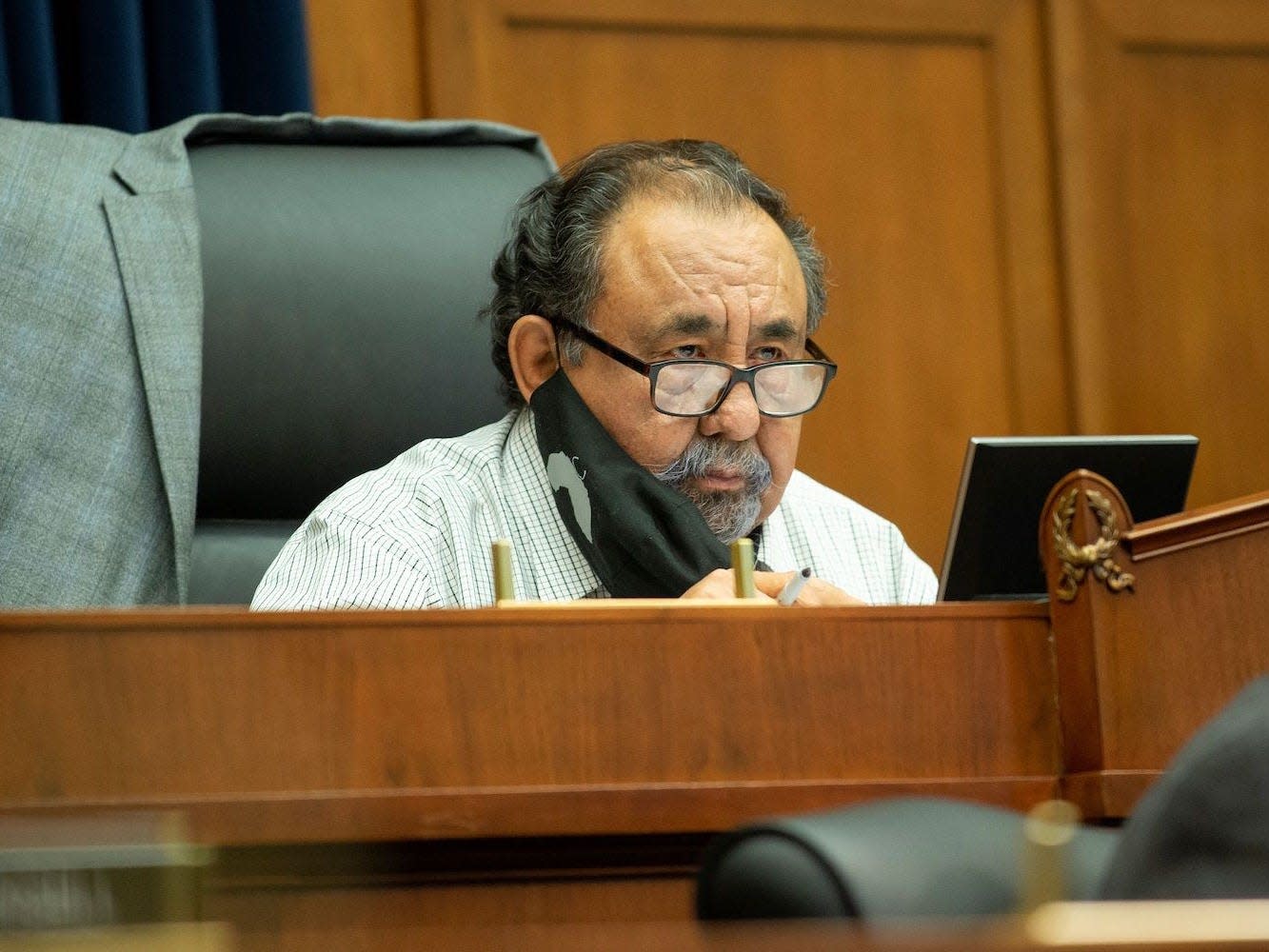 An Arizona congressman who tested positive for the coronavirus condemned Republican lawmakers for not wearing face masks in the Capitol.

Democrat Rep. Raúl Grijalva tested positive for the coronavirus on Saturday but is currently asymptomatic and “feeling fine,” according to a spokesperson.

Grijalva self-isolated out of pre-caution after attending a hearing with Republican Rep. Louie Gohmert, who has frequently not worn a face mask on the floor and tested positive for the virus on Wednesday.

An Arizona congressman who tested positive for the coronavirus on Saturday criticized Republican lawmakers not wearing face masks while in the Capitol.

A spokesperson for Arizona Democrat Rep. Raúl Grijalva confirmed on Saturday that the lawmaker tested positive for COVID-19, but is currently asymptomatic and is “feeling fine and just getting some rest,” according to CNN.

Grijalva issued his own statement on the same day, in which he condemned Republican lawmakers for being careless and not wearing face coverings while in the Capitol.

“While I cannot blame anyone directly for this, this week has shown that there are some members of Congress who fail to take this crisis seriously,” he wrote, according to the Guardian. “Numerous Republican members routinely strut around the Capitol without a mask to selfishly make a political statement at the expense of their colleagues, staff, and their families.”

Grijalva is quarantining at home in Washington, while staffers who were working alongside him all week are also being tested, the spokesperson added.

The lawmaker’s diagnosis comes just days after Republican Rep. Louie Gohmert — who repeatedly refused to wear a face mask in the Capitol — tested positive for the virus.

Grijalva had been at a hearing with Gohmert on Tuesday, which prompted him to go into self-isolation on Wednesday out of precaution and “until he got a test,” his spokesperson said, according to CNN.

Gohmert later said in an interview that he thinks he could have contracted the virus by incorrectly wearing his mask.

“I can’t help but wonder if by keeping a mask on and keeping it in place, that if I might have put some germs or some of the virus on to the mask and breathed it in,” Gohmert said, the Guardian reported.

Earlier in June, Rep. Tom Rice, a South Carolina Republican, announced that he, his wife, and his son had also been infected with COVID-19 after he appeared on the House floor without a face covering.

At least 14 members of the US House of Representatives and Senate have tested positive for the coronavirus since the start of the pandemic, according to Reuters.

House Speaker Nancy Pelosi announced last week that all House members and aides are required to wear face coverings while on the chamber floor and are only allowed to take them off if they are speaking — a mandate which Grijalva also praised in his statement.

“Stopping the spread of a deadly virus should not be a partisan issue,” Grijalva said.

At the time of writing, more than 4.6 million coronavirus cases have been reported in the US, according to a tracker by Johns Hopkins University.