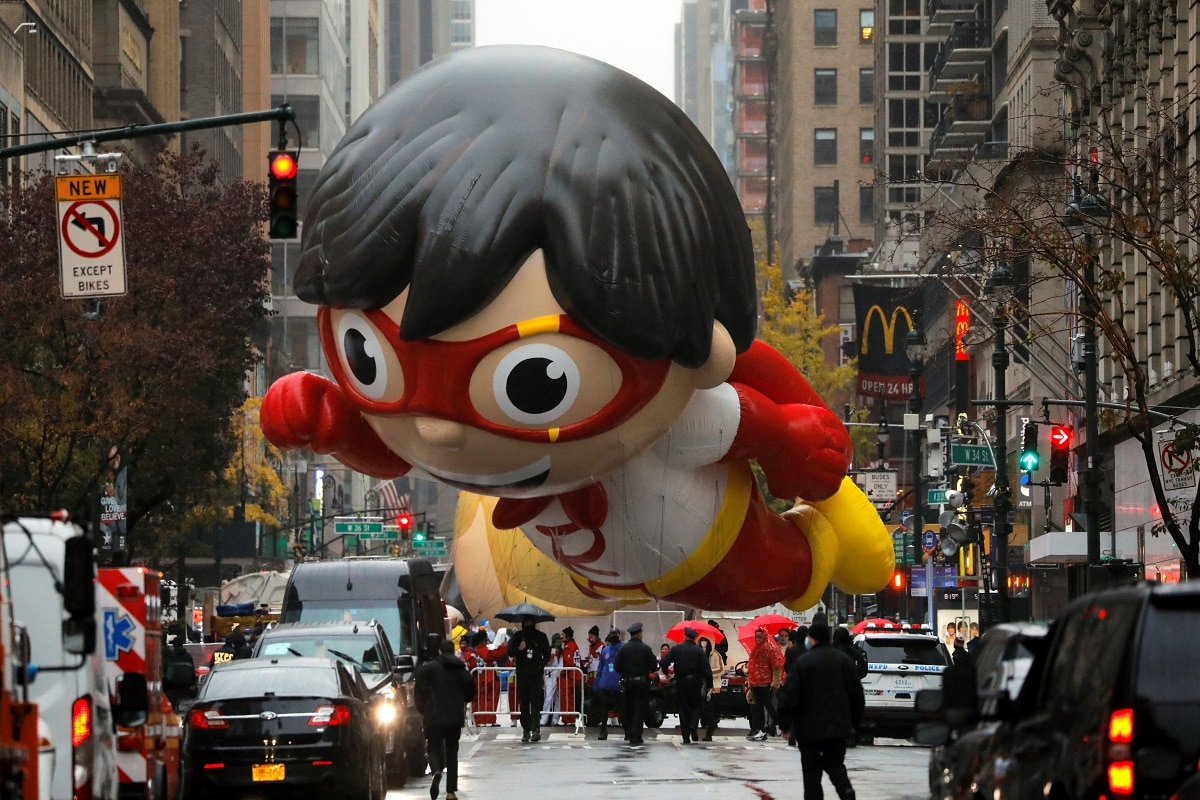 Americans awoke on Thursday to celebrate a Thanksgiving Day transformed by the coronavirus pandemic, with the Macy’s parade limited to a television-only event and many families resigned to meeting on video for turkey dinner.

Thanksgiving, normally a day for family and friends to gather in big numbers to feast and remember life’s blessings, has been upended by the pandemic, with cases and deaths surging in recent weeks as cooler temperatures push people indoors where the virus spreads more easily.

The Macy’s Thanksgiving Day Parade in New York, a spectacle of giant character balloons that has delighted children for nearly a century, has been scaled back significantly. The route is a block long, rather than 2.5 miles; balloon handlers have been replaced by specially rigged vehicles; and spectators will not be allowed to line the streets as before.

“And that’s so that we can keep everybody at home safe,” said Susan Tercero, executive producer of the parade, which NBC will air on Thursday from 9 a.m.-noon in all U.S. time zones. “This year, more than ever, it’s really important that we still have something for everybody to tune into on Thanksgiving morning.”

U.S. hospitalizations for COVID-19 reached a record 88,000 on Wednesday, and experts warn that Thanksgiving could significantly boost a death toll that has exceeded 260,000 nationwide.

Despite advice from the Centers for Disease Control to stay home for the holiday, nearly 5 million Americans traveled by air from Friday to Tuesday, according to the U.S. Transportation Security Administration, although that is less than half the figure during the same period last year.

Many Americans see the annual ritual get-together for turkey, mashed potatoes and pumpkin pie as important enough to risk possible infection. Nearly 40% plan to attend a “risky gathering” during the holiday season, either in excess of 10 people or with people from outside their household, and a third will not require masks, according to a national survey by Ohio State University Wexner Medical Center.

Many others have cancelled travel plans and will instead connect with loved ones over FaceTime or Zoom.

On Wedneday Rhode Island Governor Gina Raimondo implored her constituents to make Thanksgiving gatherings as small as possible, arguing it would save lives. With hospitalizations surging, the state will begin a two-week “pause” on Monday, with bars, fitness gyms and other establishments shut down.

“If you had that tough phone call with Mom and Dad and said ‘I’m not coming over for Thanksgiving this year,’ … thank you,” she told a news conference. “If you haven’t done that it’s not too late.”