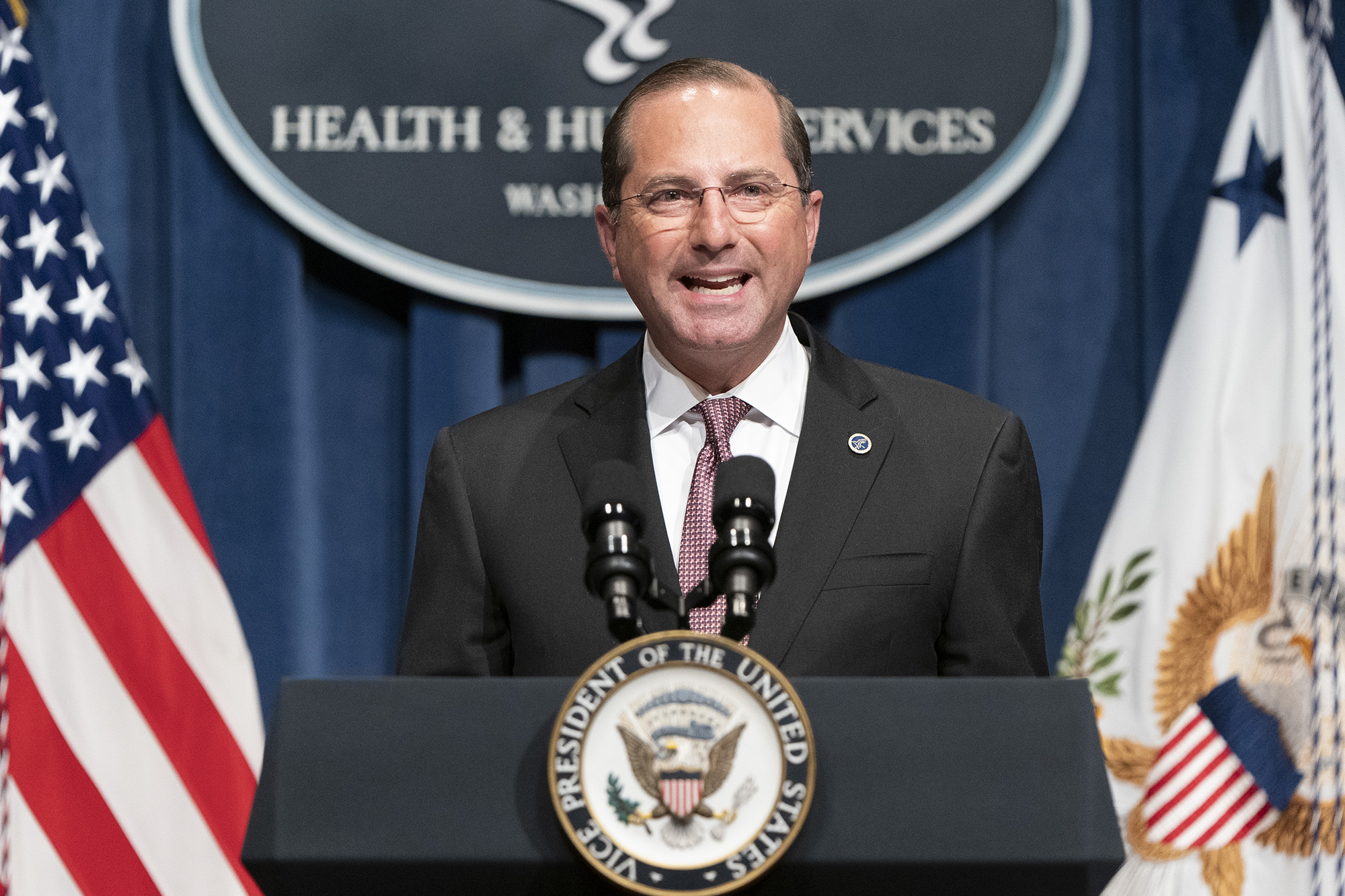 Health and Human Services Director Alex Azar vouched that a coronavirus vaccine would meet the “safety and efficacy standards” of the Food and Drug Administration before being released publicly, disputing the contention from Democratic presidential candidate Joe Biden and his running mate Sen. Kamala Harris that the decision would come down to politics.

“I want to be really clear to your viewers. The president, I as secretary, and the officials at the FDA, including the career officials, will require that any vaccine meet the very high safety and efficacy standards that the FDA has set,” Azar said on Fox News’ “The Daily Briefing” Tuesday.

“The FDA has actually published transparent guidance to say what they will require for approval of a vaccine. We will be transparent with the data. We’ll have a public advisory committee process for that. We will not compromise on the safety and efficacy of a vaccine even as we move under President Trump’s leadership to get one as quickly as possible,” he continued.

The president said Monday that a vaccine could be ready as early as October after officials with the Centers for Disease Control and Prevention alerted governors that they should be prepared to begin distribution as soon as Nov. 1.

Both Biden and Harris have floated theories that the vaccine won’t be ready and safe for the public that quickly and said they would rely on assurances from “experts” instead of Trump’s word this close to the election.

“I got asked the question, if the president announced tomorrow we had a vaccine, would you take it?” Biden said on Monday. “Only if it was completely transparent that other experts in the country could look at it. Only if we knew all of what went into it.”

“Because so far, nothing he’s told us has been true,” the former vice president said.

Harris made similar comments during an interview Sunday.

“I will say that I would not trust Donald Trump and it would have to be a credible source of information that talks about the efficacy and the reliability of whatever he’s talking about,” she said during an interview on CNN’s “State of the Union.” “I will not take his word for it.”

Trump accused the Democratic of spreading “fake rhetoric” that “undermines science” and holds back “this incredible vaccine.”

Nine drugmakers on Tuesday pledged that their top priority would be safety as they work on developing a vaccine and vowed they would not rush one out early until it clears Phase 3 clinical trials.

“We believe this pledge will help ensure public confidence in the rigorous scientific and regulatory process by which COVID-19 vaccines are evaluated and may ultimately be approved,” the statement from AstraZeneca, BioNTech, GlaxoSmithKline, Johnson & Johnson, Merck, Moderna, Novavax, Pfizer and Sanofi said.

AstraZeneca put its testing on hold after a participant suffered a possible serious side effect, according to reports on Tuesday.

Robust Hyperlinks Between our Hormones and Covid-19 Confirmed. Here is What That Means