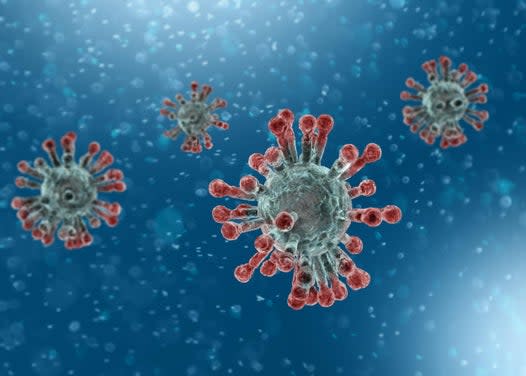 More than 40 members of a church in rural Alabama have tested positive for coronavirus after attending a mutli-day revival festival.

The revival included a number of religious services which were held over multiple days last week. The pastor of Warrior Creek Missionary Baptist Church, Daryl Ross, said the virus had impacted nearly the totality of his congregation.

“The whole church has got it, just about,” Mr Ross – who also tested positive for the virus – told AL.com.

The church normally has an attendance between 80 and 100 members.

Mr Ross said the services were shut down on Friday after the staff learned that one of the participants had tested positive for Covid-19.

Though no one at the revival showed symptoms of the virus, several have fallen ill since the event.

“We had church Wednesday night. We were in revival, morning and night services,” Mr Ross said. “On the way back over Thursday is when we found out. I got a call that one of our guys in the church has tested positive. So, we shut down revival and, by Friday night, I’ve got church members sick everywhere.”

Revivals are generally week-long events that feature guest speakers and encourage new members to get baptised into the church.

According to Mr Ross, the church did enact some social distancing measures, though it did not require face masks to be worn during the services. He said that most families sat together and that many churchgoers skipped the sessions due to the virus.

The pastor said there are only a few serious cases, and none of the congregants have been hospitalised. Though dismayed that his church body has fallen ill, he maintained that his people knew the risks of the meeting.

“We knew what we were getting into,” he said. “We knew the possibilities.”

Mr Ross had lunch with the man who they discovered had the virus, but said the individual showed no signs or symptoms of illness. The pastor, however, has been showing some signs of the virus, though he has been keeping active.

“I can’t smell or taste, a little sinus, that’s all I’ve had. The whole church has been running fever and headaches and terrible respiratory [problems], and I’ve been building fences and bush-hogging,” Mr Ross said.

He said that despite the illness, he believes his members would do it again.

“But, my goodness, man, for three days we had one of the old-time revivals. It was unbelievable,” Mr Ross said. “And everybody you ask, if you talk to our church members right now, they’d tell you we’d do it again. It was that good.”

Anti-mask US senator who called coronavirus a hoax tests positive