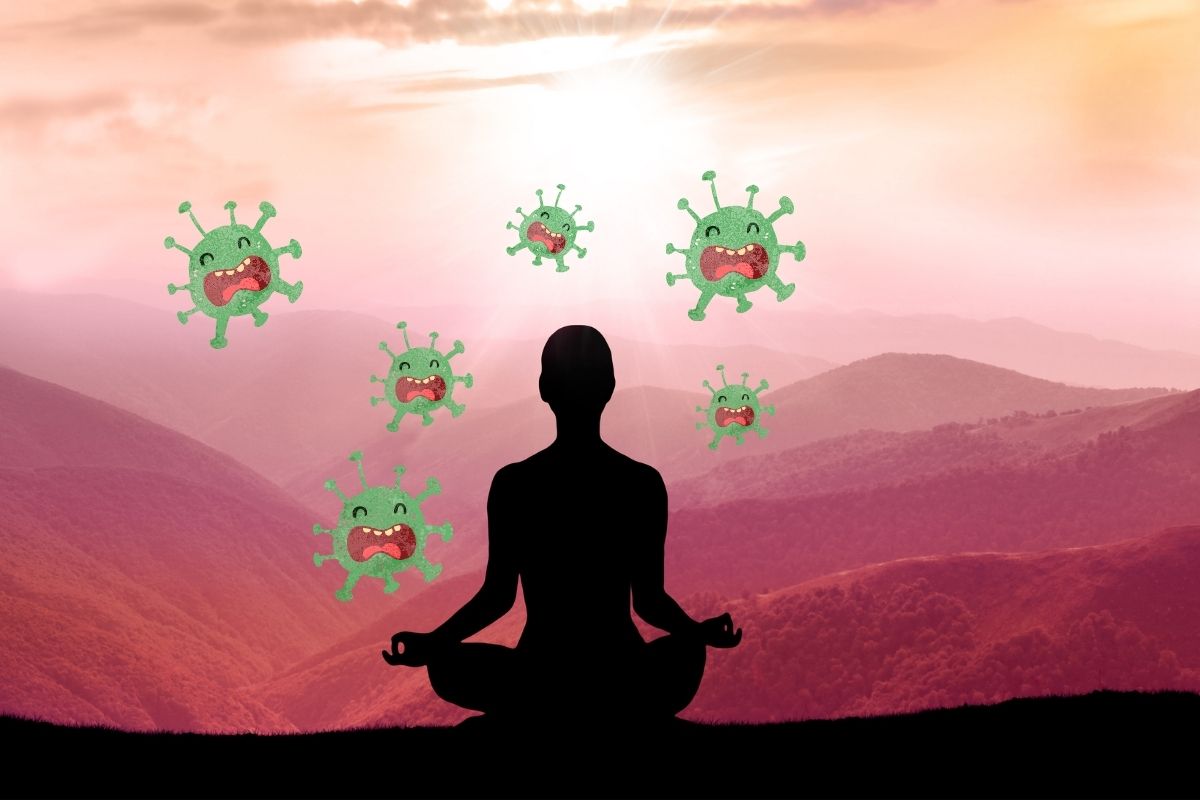 According to reports, the All India Institute of Medical Science, Rishikesh is conducting research on whether chanting the Gayatri Mantra and doing Pranayama can cure coronavirus, along with usual modes of treatment. This study has been commissioned by the Department of Science & Technology (DST), Government of India. The idea behind the study is to see if the mantra and the pranayama can actually accentuate the Covid-19 treatment and heal patients faster as compared to just getting the traditional treatment for coronavirus. For this, the institute is conducting a study on twenty patients.

A report by Outlook says that twenty patients selected by the government have been divided into two groups consisting of ten people each. The first group will be chanting the Gayatri Mantra and will undergo an hour-long session of pranayama in the mornings and evenings along with the usual treatment for Covid-19.

The second group will only get the usual Covid-19 treatment. The two groups will be observed for 14 days in order to record any changes in the inflammation level in the body.

After 14 days, the researchers will record the results of the study and determine if the group that chanted and did pranayama saw any changes as compared to the other group. According to Outlook, the principal investigator of the project has refused to give out any details.

This is not the first time such an incident has been reported. In June 2020, India witnessed an Annual Solar Eclipse. This particular eclipse was said to be the ‘deepest’ annular solar eclipse in nearly a hundred years. But Indians had only one question in their minds: Will the solar eclipse kill coronavirus?

This is because in a bizarre claim, a scientist based in Chennai has said that there are connections between the coronavirus outbreak and the solar eclipse which took place on December 26.

Dr. KL Sundar Krishna, a Nuclear and Earth scientist told ANI that the pandemic may have been a result of mutated particle interaction of the first neutron emitted after the solar eclipse owing to fission energy. He said that there is a “planetary configuration with new alignment in the solar system” which occurred after the solar eclipse. And that is even the coronavirus outbreak happened, according to Krishna.

Krishna has even deduced a possible theory of how the virus originated. He told ANI that the virus has come from the upper atmosphere where “inter-planetary force variation” took place. The said neutrons then began nucleating which further resulted in bio-nuclear interactions in the upper atmosphere. This bio-nuclear interaction, according to him, may be a source of the virus.

Another scientist had once said that breathing “correctly” could kill coronavirus. According to a report published in The Conversation, if a person breathes in through their nose and exhales through their mouth then it will be more beneficial for their body.

Authored by Louis J. Ignarro, who was awarded Nobel Prize in Physiology or Medicine in 1998, the study states that this way of breathing is more beneficial as the nasal cavities produce something called the nitric oxide. This molecule increases blood flow through the lungs and boosts oxygen levels in the blood.

COVID-19 deaths fall nationwide, however climbing in states like NY

Donald Trump Testing Optimistic for Coronavirus Has Solely One Lesson: Put on a Masks