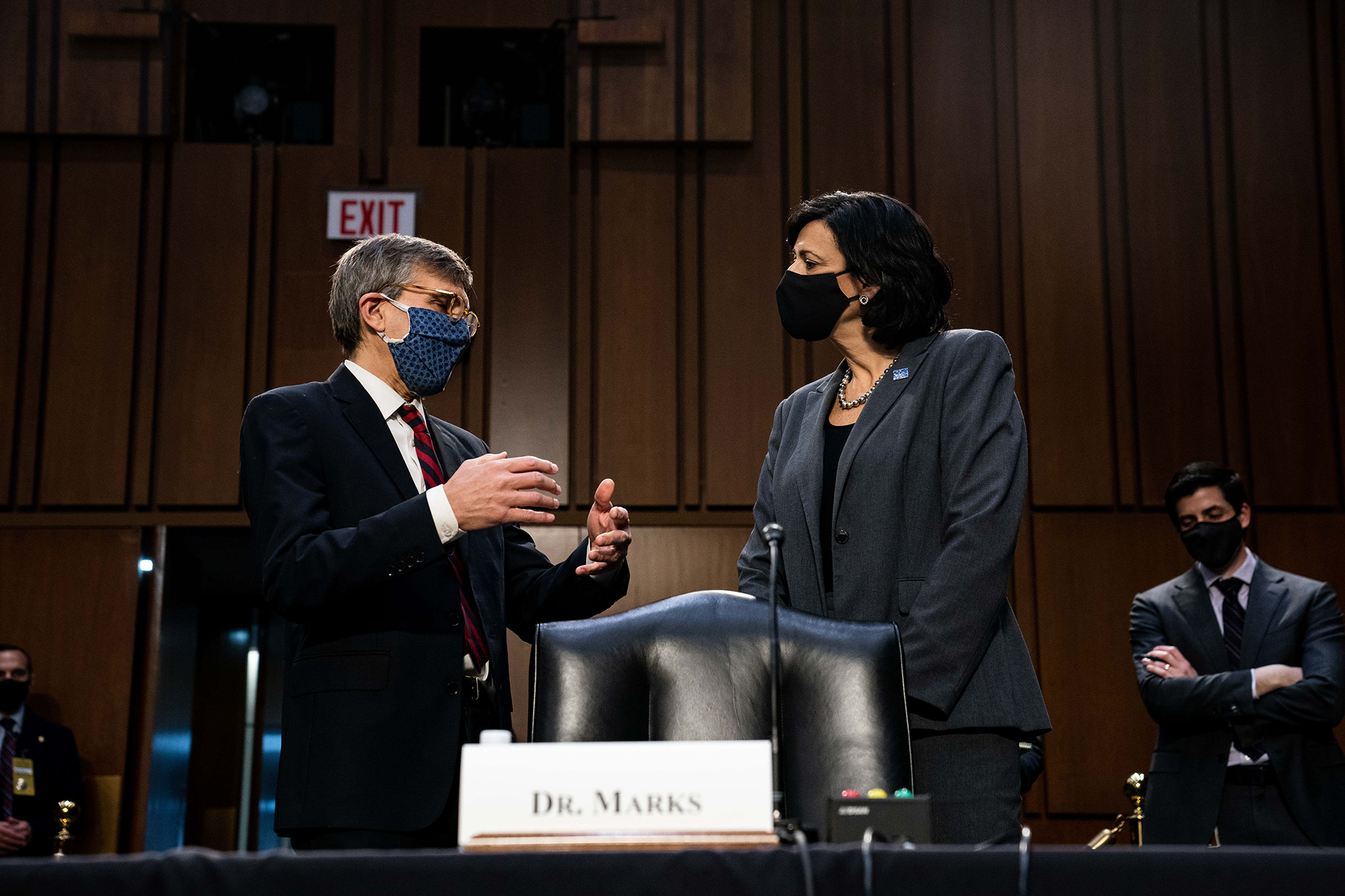 Whether Johnson & Johnson’s COVID-19 vaccine is back in use this weekend will depend on a recommendation expected Friday by a federal advisory panel.

J&J’s one-shot vaccines were put on hold last week after reports of blood clots in a handful of recipients, including one death.

The decision to reinstate the vaccine is in the hands of the Advisory Committee on Immunization Practices, which meets at 11 a.m. Friday.

The committee, which includes doctors and public health officials, is expected to vote on their recommendation by 5 p.m., according to reports.

From there, the group is expected to advise the Food and Drug Administration and the Centers for Disease Control and Prevention to either continue or lift the pause.

A recommendation to lift the pause and an agreement by the FDA and CDC may bring the vaccine back into circulation as early as this weekend, making it possible for vaccination sites, which have stocked millions of doses, to begin administering the shot again.

A nurse gives a shot of the Johnson & Johnson COVID-19 vaccine to people in a car at a drive-thru vaccination site on April 10, 2021.Paul Hennessy/SOPA Images/LightRocket via Getty Images

The pow-wow is the second emergency meeting in 10 days to discuss the J&J vaccine. The committee met on April 14 after the vaccine was paused, but it did not vote on a recommendation at the time because it wanted to gather more information about the injection’s risks.

In the US, initially, six women between the ages of 18 and 48 reported having brain clots, combined with low counts of blood platelets, which aid clotting. That rare combination was common in J&J vaccine recipients. Health officials have since identified three more cases.

Public health officials have argued that the benefits of the injection outweigh the risk.

In Europe, health regulators have come to the same conclusion after investigating the health risk. They determined that the pause can be lifted but that the vaccine should carry a warning of blood clot issues.

Reinstating J&J could come with restrictions limiting the vaccine’s use to older adults, as well as warnings about a potential clot risk.

J&J said it is updating its package information for the vaccine in Europe to include details about the clot condition, and how to identify and treat it.

At the time of last week’s pause, more than 7 million people had received the J&J vaccine since it got the green light in the US in late February.