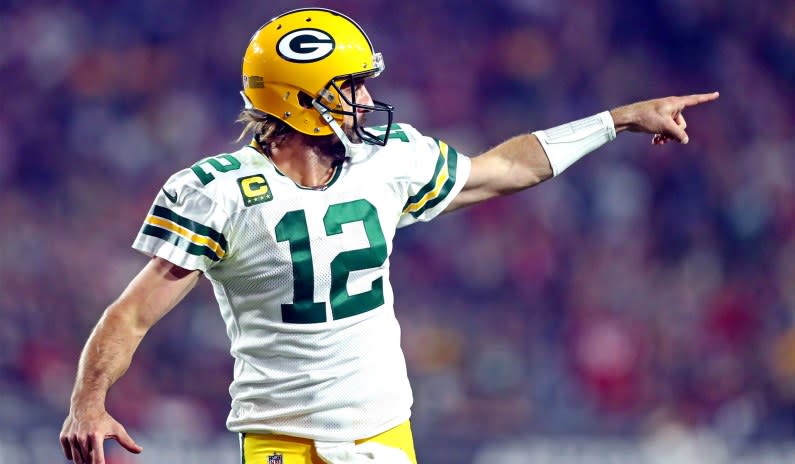 “The state’s going to s**t, but I’m hanging on. I grew up in a small town, very little cases up in Chico, California, but all the small businesses? F***ing gone,” he said on Bill Maher’s Club Random podcast.

By September 2020, 40,000 small businesses in California were estimated to have closed, according to Yelp data analyzed by the New York Times. A state legislative committee reported in May 2021 that nearly a third of California’s restaurants permanently closed and two-thirds of workers at least temporarily lost their jobs as the first statewide lockdown was imposed a year prior.

The Super Bowl champion and four time MVP has gained notoriety off the field in recent years for speaking out against vaccine mandates and other restrictive Covid-era policies implemented in blue states, though he told Maher that he doesn’t identify with either party and called himself a “rational thinker.”

During the interview, Rodgers criticized a piece of California legislation, expected to be signed by Governor Gavin Newsom, which would allow the state medical board to penalize doctors who are deemed to have disseminated Covid-19 misinformation, either by designating them as “unprofessional” or by revoking their license.

“Based on whose standard of misinformation?,” Rodgers asked.

The quarterback’s position on bodily autonomy with regards to Covid-19 prevention and mitigation extends to the abortion issue, he told Maher.

“My thing is I have an issue with the hypocrisy in society in general and I know you do as well, but abortion has been a hot topic, right? And especially after Roe v. Wade got overturned and sent back to the states, or whatever. I don’t believe the government should have any control over what we do with our bodies,” he said.

During an appearance on Joe Rogan’s podcast in late August, Rodgers ridiculed his home state’s Covid-19 measures as irrational and counter productive, pointing to an incident in which a paddle-boarder was arrested in Malibu for violating the state’s lockdown.

Rodgers also called out the Covid-19 hypocrisy of California’s progressive leaders, such as Newsom, who was caught at the luxurious elite restaurant the French Laundry in 2020 while the state’s residents were subject to strict social distancing and masking rules.

Regardless of bodily distancing and carrying masks, three Arizona lecturers who shared a classroom to on-line educate caught the coronavirus and one died

Can Mouthwash Actually Kill Coronavirus? Scientists and Medical doctors Are Arguing Over it