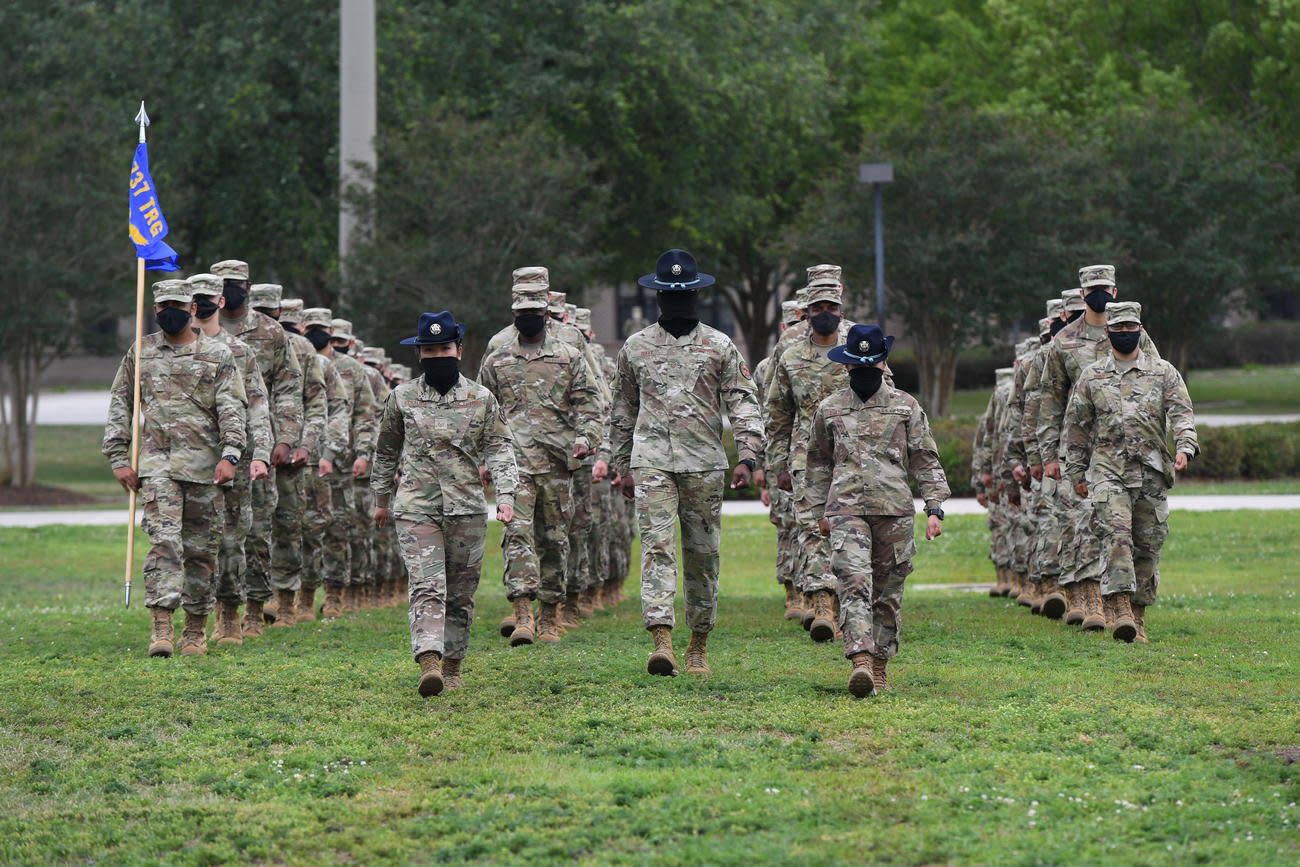 Since the onset of the novel coronavirus pandemic, the U.S. Air Force and Army basic military training programs have seen hundreds of recruits test positive for COVID-19, with the majority of them showing no symptoms, top officials said Friday.

Read Next: After 110 Years of Aviation, Navy Get Its First Black Female Fighter Pilot

“That’s a 2% positive rate over approximately four months of training, and 60% of those positive [cases] have been asymptomatic,” Tullos told reporters during a Pentagon briefing. None of the trainees needed hospitalization, and those affected have since recovered and returned to training, she said.

Similarly, the Army has seen about 2% of recruits test positive since cases began to spread in the spring, added Army Maj. Gen. Lonnie Hibbard, commander of the Army Center for Initial Military Training at Fort Eustis, Virginia.

“[On] any given day, there are approximately 46,000 soldiers training to become a member of the U.S. Army,” he said, adding that 2% of recruits have tested positive in recent months. Most were asymptomatic, he said.

The services follow the same protocols when a member shows symptoms or tests positive.

Those who do are quarantined for 14 days and communicate with medical professionals about their health over the course of their isolation, the officials said. They must be medically cleared before they can rejoin their units.

“In the past, I can say our culture was kind of a ‘suck it up’ culture, where we wanted you to push through regardless of how you’re feeling, and that is absolutely the opposite of what we’re encouraging right now,” Tullos said.

Using the base “has successfully reduced the stress on Lackland’s infrastructure while maintaining quality training and enabling us to sustain our production goal,” Tullos said Friday.

The first 60 recruits sent to Keesler graduated from BMT on May 15. Last month, the service accepted its next incoming BMT class at the base and said it will continue to do so every week thereafter until the end of September.

Tullos had said previously that the Air Force’s goal since May has been to train up to 9,400 active-duty airmen before the end of the fiscal year, to reach its overall target. While Lackland has been working to raise its group intake size since making reductions due to social distancing requirements, Keesler will remain at 60 people per class, she said.

During the onset of the virus, officials cut the eight-and-a-half week curriculum down to seven and a half weeks at Lackland, and six weeks at Keesler.

Air Education and Training Command graduates nearly 40,000 new airmen per year, Tullos said. While this year’s target of 38,000 has been reduced to roughly 35,000, fewer airmen are washing out, she said.

“We are actually retaining above historic norm … so we are going to actually hit our ceiling with our current production rate,” Tullos said.

Hibbard said the Army is also keeping steady with a 92% graduation rate from initial entry training.

“Our retention is also through the roof, and [Army] headquarters keeps adjusting our targets to keep us within guidelines of our end-strength [goals],” he said.

The Army set a previous goal of 68,000 recruits in order to meet its targeted 485,000 active-duty soldier end-strength by the end of September. But since the pandemic, there have been reductions as training was initially halted for two weeks to finalize what is known as a two-week controlled monitoring program, or the 2+8 training model.

Per the Army’s model, new recruits are isolated in groups for two weeks for classroom training to prevent the spread of COVID-19 in the training environment, and then join the rest of the population for the remaining eight weeks of the program.

Hibbard said the Army continues to look for ways to keep soldiers healthy.

“Because of the stringent health and safety measures adopted across our training enterprise, we’ve been able to quickly detect and respond to COVID cases that occur in the training mission,” he said.

— Matt Cox contributed to this report.

Why are so many infants dying of Covid-19 in Brazil?