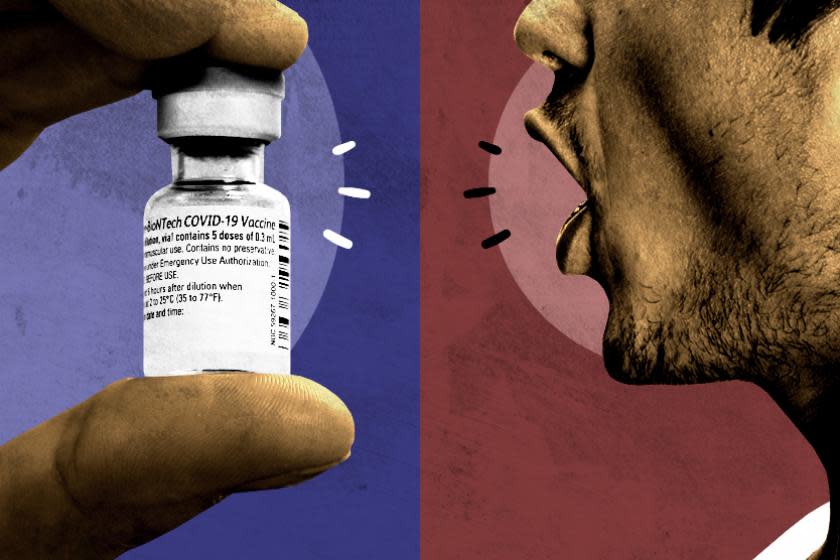 Franklin Graham, son of the late evangelist Billy Graham and a prominent evangelical himself, published a Facebook post Wednesday on the COVID-19 vaccines. He’s “been asked if Jesus were physically walking on earth now, would He be an advocate for vaccines,” Graham wrote. His answer was “yes.” Graham said he and his wife have been vaccinated and advised followers to consult their doctor about the best plan for their health.

Franklin Graham endorses COVID-19 vaccines (months after they first started being administered in the U.S.), although he outlines a scenario where someone might not get one (“if any”).

Cites the Good Samaritan and notes he/his wife have been vaccinated: https://t.co/YktougU1xx pic.twitter.com/kuBbHPG6V5

Graham’s fans mostly weren’t having it. Top comments with thousands of likes told Graham, who runs a charitable organization that operated pandemic field hospitals to relieve strain on medical facilities, he should do more research. One reply chastised Graham, 68, for saying he wants to continue living. It doesn’t matter “how many shots you get,” the commenter said, “when its [sic] your time no vaccine will save you.” Others questioned his faith.

It’s not surprising to find vaccine skepticism among Graham’s fan base; polling shows white evangelicals are unusually hesitant about the vaccines. Hesitancy is also high among Republicans, and Graham has been a reliable booster of former President Donald Trump. What’s interesting here isn’t that Graham’s followers rejected his pro-vaccine message; it’s that he issued it at all, and perhaps did so with an expectation of more positive reception.

On that note, here’s an interesting tidbit for Graham or anyone attempting to overcome unwarranted vaccine hesitancy: A contributing factor may be the overwhelming negativity of U.S. national news coverage of all pandemic stories, including positive developments like the vaccines. As The New York Times reported Wednesday, a recent study found our national media is more negative than “scientific journals, major international publications, and regional U.S. media.” (The Week is a notable exception.) That negativity persists across ideological lines, and though it may well be a response to news consumers’ demand, it must also shape their perspective in turn.

Did it shape the response Graham got? It certainly seems plausible. Wherever his followers are getting their views, it obviously outranks the counsel of a voice they once trusted.

More stories from theweek.com
5 blisteringly funny cartoons about spring break superspreaders
The radical future of the pro-life movement
What the woke revolution is — and isn’t

YouTuber Shells Out $5,000 in Tricks to ‘Chinatown’ Eateries Struggling On account of Covid-19 in US