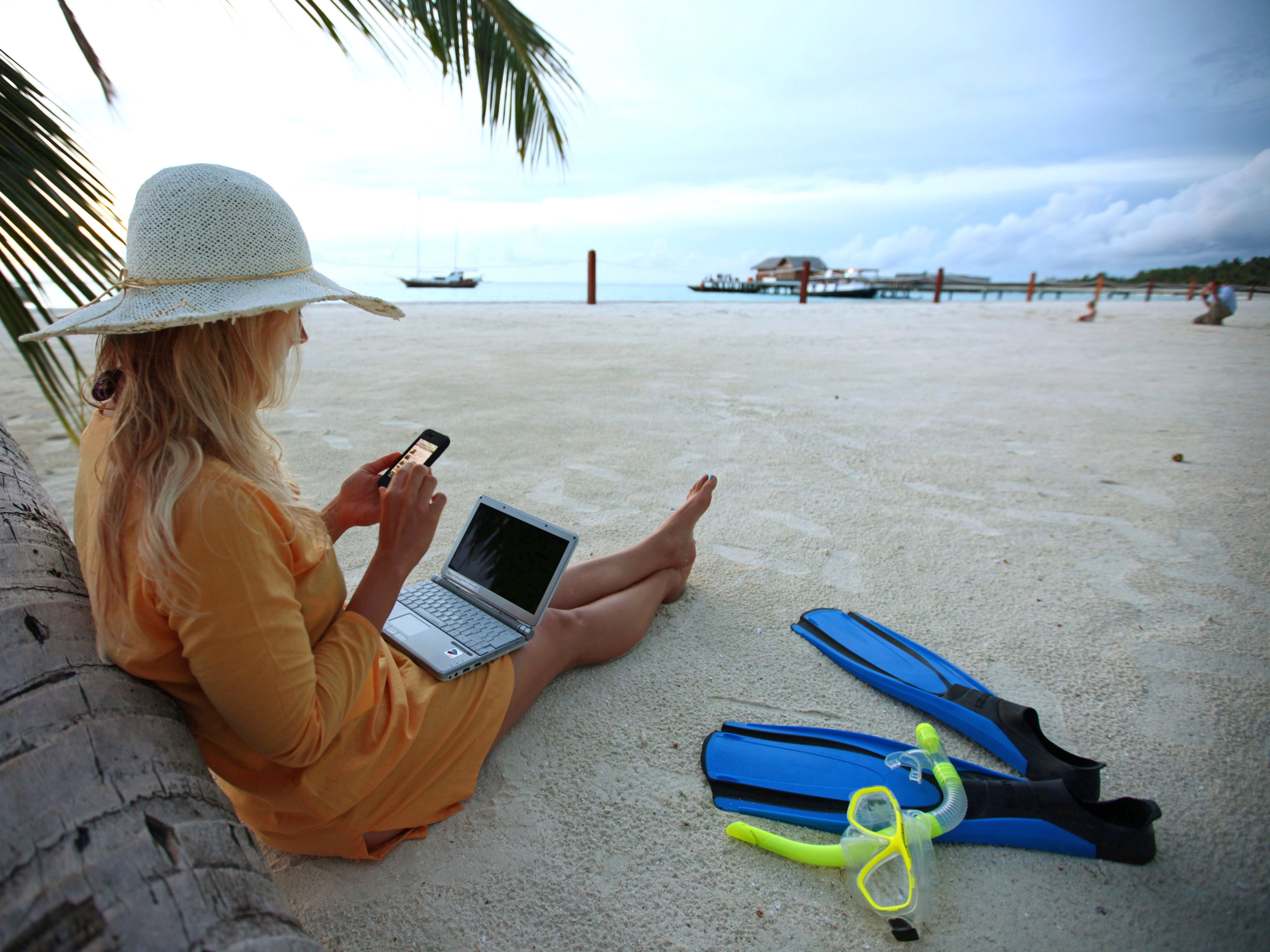 A guests on the beach of a resort in Maldives.

Small countries have long sold residency and passports to those with spare money willing to invest.

Some of those are now essentially worthless with travel restrictions implemented due to the coronavirus.

That’s why the ultra-wealthy seek out services of people like David Lesperance, a lawyer who’s made a decades-long career out of secondary citizenships and doomsday plans.

The old adage says that consumers will vote with their wallets, but David Lesperance has a different analogy: voting with their feet.

Lesperance, a double-decade American expatriate who’s made his career out of helping wealthy people around the world move their citizenships and acquire secondary passports for any multitude of reasons, says business is booming this year. And with one of the most closely watched elections in history unfolding in the upcoming months, he says the ultra-wealthy are worried about more than just a global pandemic.

“If you look at the various markets, China picked up when Xiao Jianhua was snatched out of the Four Seasons in Hong Kong [three years ago],” Lesperance said in an interview. “People said ‘Crap. They’ll just come and grab you.'”

Things only escalated in-step with Hong Kong’s extradition bill and eventual security law as part of China’s crackdown on the semi-autonomous province. Then the global pandemic hit, only exacerbating fears about what may happen should a so-called blue wave hit in November.

Wealthy people sitting in developed countries where anti-billionaire rhetoric is ratcheting up are in “wildfire zones,” according to Lesperance.

“What do you do when you’re in a wildfire zone?,” he said. “Well you engage in fire-prevention techniques. For an American, you may do things like harvest capital gains so I’m paying 23.5% as opposed to 48% or higher in the future. ‘I’m going to get fire insurance; I’m going to get alternate residences and citizenships; and I’m going to have a fire escape plan in case of whatever it is.'”

That’s where careful planning comes in, because not all markets are created equal. While countries like Saint Kitts and Nevis will sell a family of four passports for as low as $100,000 in a bid to raise revenue in the tourism-dependent nation, it might not get you far.

Americans, long holders of the world’s most powerful passport, are now barred from Europe, Japan, and many other countries.

“Visa-free travel, we have discovered, now that the tide has gone out during the pandemic, is useless,” he said.

That’s why it’s important for many people to have a backup plan in place well before things go south. Take, for an example, one of Lesperance’s clients in Florida.

“Luckily we had got him one of the EU citizenship by investments,” he said, “so he’s sitting in a resort doing his 14-day lockdown in Malta.”