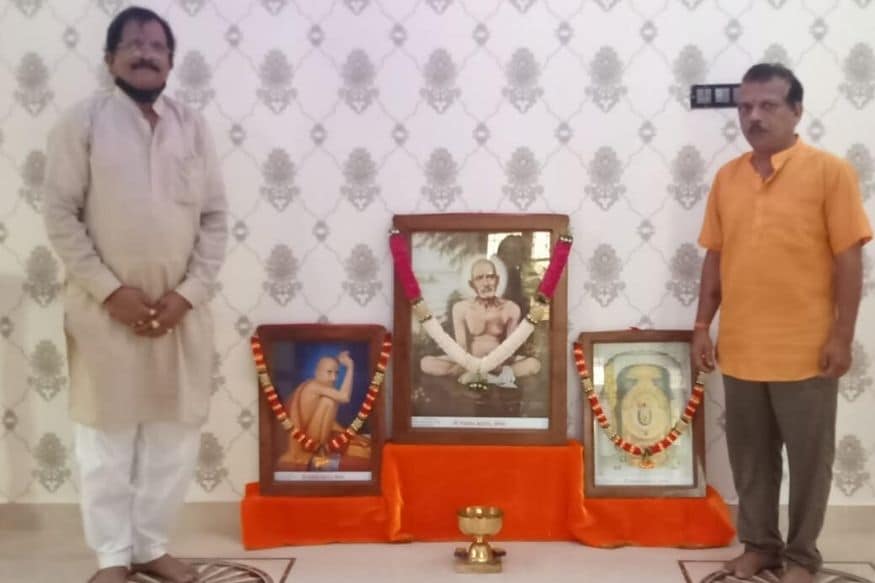 Gajanan Maharaj, a 19th century Hindu guru from neighbouring Maharashtra appeared in it, and shared an ayurvedic formula which ‘cures’ COVID-19.

On Friday afternoon, Degvekar’s story took a serious turn, or a bizarre one, whichever way one looks at it. That afternoon he shared the details of the purported medicinal cure for COVID-19 with Union Minister of State for AYUSH Shripad Naik, who had visited the teacher at the latter’s residence specifically to hear out Degvekar’s coronavirus cure received by via apparition.

Naik now says, that the formula would be sent for scientific validation with the central ministry.

“He (Degvekar) has already given it to me. Preventive formulas are the best. Medicinal formulas will also be devised in some days. The formula is to improve immunity. That is medicine in itself. It is not scientifically validated (yet),” Naik said confirming his meeting with Degvekar at the latter’s residence in Nadora village in North Goa district, which is incidentally located in Naik’s Lok Sabha constituency.

Earlier this month, Naik, quoting an alternative medicine doctor from Bengaluru, had claimed that British crown prince Charles had been cured of COVID-19 following a combinative treatment of ayurveda and homeopathy, even after the Prince’s office denied the Indian central minister’s assertion.

Degvekar told IANS on Friday, that Gajanan Maharaj has been regularly appearing before him in form of a divine vision for the last eight years and in the process has shared ayurvedic cures for a chest congestion, prostate malfunctioning and high blood pressure, among other ailments. The latest edition of Gajanan Maharaj’s vision came with a ‘cure’ for COVID-19, he claims.

“One of my students last week said, that I should ask Maharaj for a cure for coronavirus. A vision of the Maharaj appeared within 10 seconds and informed me about the cure,” Degevekar said.

The ‘cure’ according to the school teacher involves crushing a mix of lemon and ginger juice with powdered fennel, some petals of garlic and a locally avilable wild bitter gourd.

Degevkar also claims, that Gajanan Maharaj also appeared in his vision and told him that British Prime Minister Boris Johnson and Bollywood singer Kanika Kapoor, both of whom were afflicted by the dreaded viral disease, would be cured soon.

When asked how the meeting with Shripad Naik, at the Degvekar residence on Friday afternoon transpired, the school teacher said, that the Union Minister’s response was positive.

“Bhau’s (Shripad Naik) response was positive, even though he was shocked when I told him about the visions I have of Gajanan Maharaj,” said Degvekar, who has incidentally also campaigned for Naik’s Lok Sabha election campaigns in the past.

I felt completely nice after my first COVID-19 shot, however the second dose was tough. This is what I did to handle the unintended effects and why I nonetheless assume it is best to get the shot.