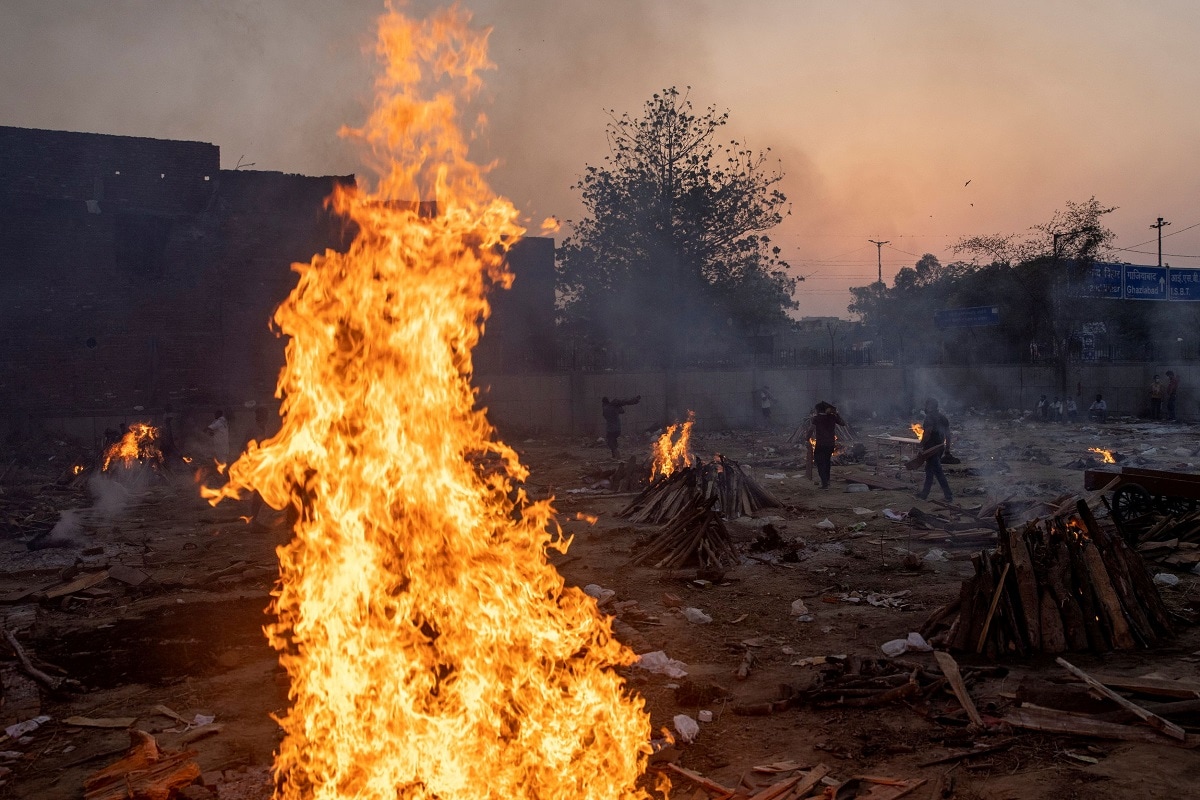 India is in the throes of the deadly second wave of coronavirus with Maharashtra remaining to be one of the worst-hit states. With timely lockdown measures and strict curbs, the state has, however, been able to control its rise of cases currently showing a sharp decline. On Saturday, the state reported a further decline in new COVID-19 cases with 34,848 infections coming to light. But the state also reported 960 deaths, an increase over Friday. While the state continues its fierce battle against covid-19, a bizarre incident from Baramati will leave you in shock.

A 78-year-old Covid-positive woman from Mudhale village of Baramati taluka, regained her consciousness minutes before her cremation when her family was preparing for her last rites.

According to reports, the elderly woman. identified as Shakuntala Gaikwad, had tested positive for covid a couple of days back following which she was in home isolation. Eventually, she started to develop severe symptoms owing to her age factor. On May 10, her family took her to a hospital in an ambulance. As her family members struggled to secure a bed, Gaikwad fell unconscious inside the ambulance.

The ambulance staff allegedly confirmed the woman’s death and the family members even informed their relatives about the incident. The ‘deceased’ was then taken back to the village, where the family started preparing for her cremation and last rites.

The incident has been confirmed by village health officer Somnath Lande.

In another shocking incident following the covid-19 crisis, a middle-aged woman spent two days with the bodies of her mother and younger brother at their residence in Bangalore’s Rajarajeshwari Nagar, thinking they were asleep.

The incident came to the fore on Wednesday when Praveen a resident of the BEML layout where the victim lived reached out to the local police at 2 pm informing them of a foul smell coming from his landlord’s house.

Upon receiving Praveen’s call the police rushed to the victim’s residence to investigate. After breaking open the door, the police recovered two decomposed bodies, one of a middle-aged man lying beside the window of the living and another of an old woman inside a room.

The bodies were found in the company of a 47-year-old unmarried woman named Srilakshi who identified herself as the daughter and sister of the deceased victims. Upon discovery, their partially decomposed bodies were immediately sent to Victoria Hospital for postmortem.

Concern amongst Muslims over halal standing of COVID-19 vaccine