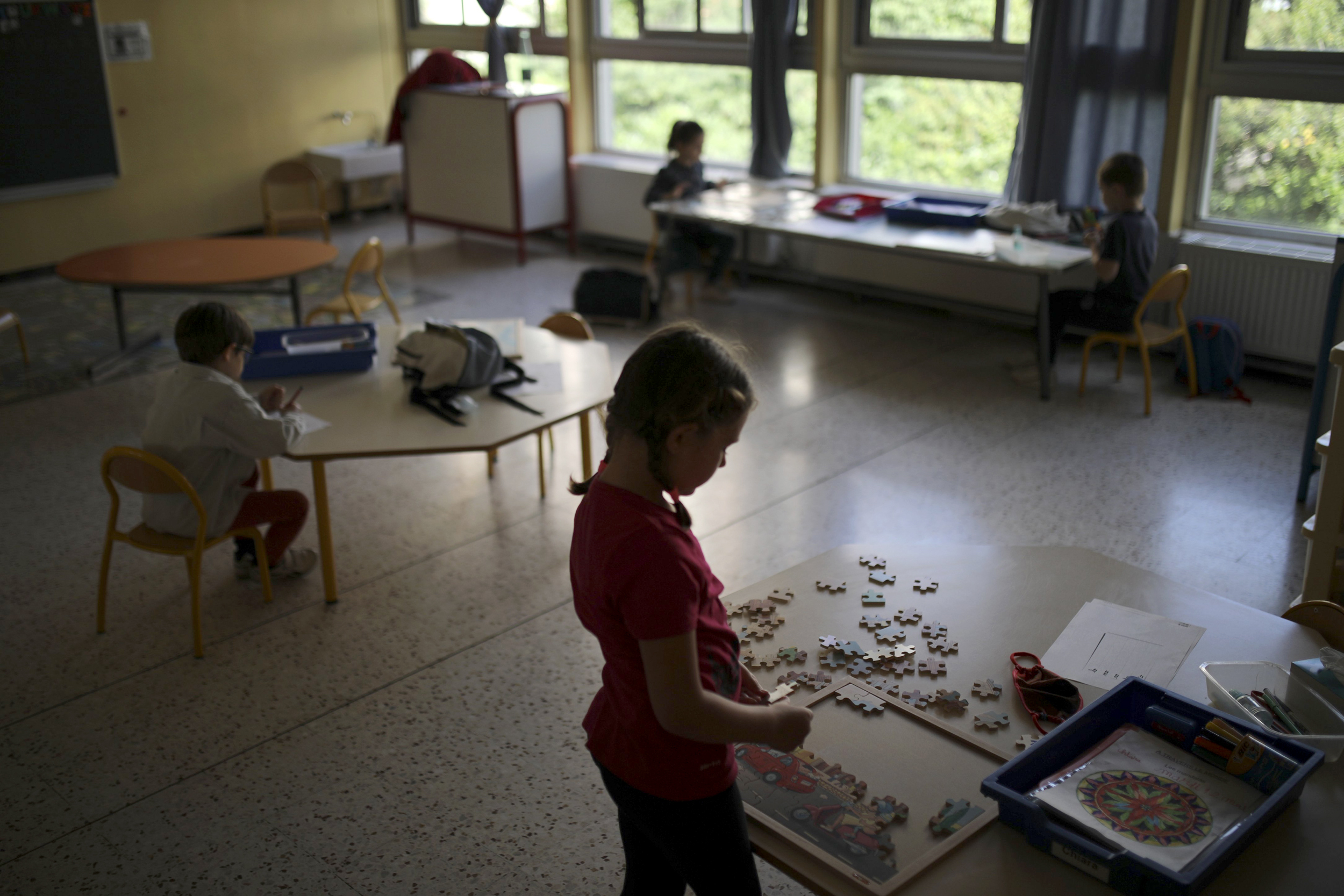 PARIS — Just one week after a third of French schoolchildren went back to school in an easing of coronavirus lockdowns, a worrying flareup of about 70 COVID-19 cases has been linked to schools.

Some lower grades were opened last week, and 150,000 more junior high students went back to the classroom Monday as further restrictions were loosened by the government. The move initially spelled relief: the end of homeschooling for hundreds of thousands of exhausted French parents, many of whom were also working from home.

But Education Minister Jean-Michel Blanquer sounded the alarm Monday, telling French radio RTL that the return has put some children in new danger of contamination. He said the affected schools are being closed immediately. French media reported that seven schools in northern France were closed.

The situation highlights the precarious situation the government finds itself in as it seeks both to reassure the public that the country is moving forward past the coronavirus and to react prudently to safeguard public health.

Blanquer did not specify whether the 70 cases of COVID-19 were among students or teachers.

Given that the incubation period for the virus is several days, Blanquer said, people are “likely” to have been infected before about 40,000 preschools and primary schools reopened last week, with classes capped at 15 students.

About 30 percent of children went back to school, Blanquer said. The government has allowed parents to keep children at home.

This week, France is reopening junior high schools in “green” regions less affected by the virus, which do not include Paris.

Although the idea of children’s being silent “super-spreaders” has been largely debunked in recent analyses, France last week recorded its first death of a child linked to Kawasaki disease, a mysterious inflammatory syndrome that some doctors say could be triggered by COVID-19.

Related: The illness was given an official name: MIS-C, or multisystem inflammatory syndrome in children.

The 9-year-old boy in Marseille was one of 125 children in France with the syndrome.

French authorities have reported at least 142,411 people infected with the coronavirus, with 28,108 deaths.

In neighboring Germany, schools have been slowly opening to various degrees for about two weeks now, subject to precautions.

No major outbreaks related to the reopenings have been reported, although there have been many individual cases. In Berlin’s Spandau neighborhood, a school was ordered temporarily closed over the weekend after it emerged that a teacher with COVID-19 had had contact with two elementary classes, an after-school care program and other teachers.

A teacher from another school in the area also tested positive but had contact with only a small number of children. They were ordered into quarantine, but the school has remained open, the newspaper BZ reported Monday. In the surrounding state of Brandenburg, two kindergartens were closed, and a fifth-grade class at an elementary school were quarantined.

Regardless of weekend events and maskless gatherings, Arizona State will not launch COVID-19 knowledge