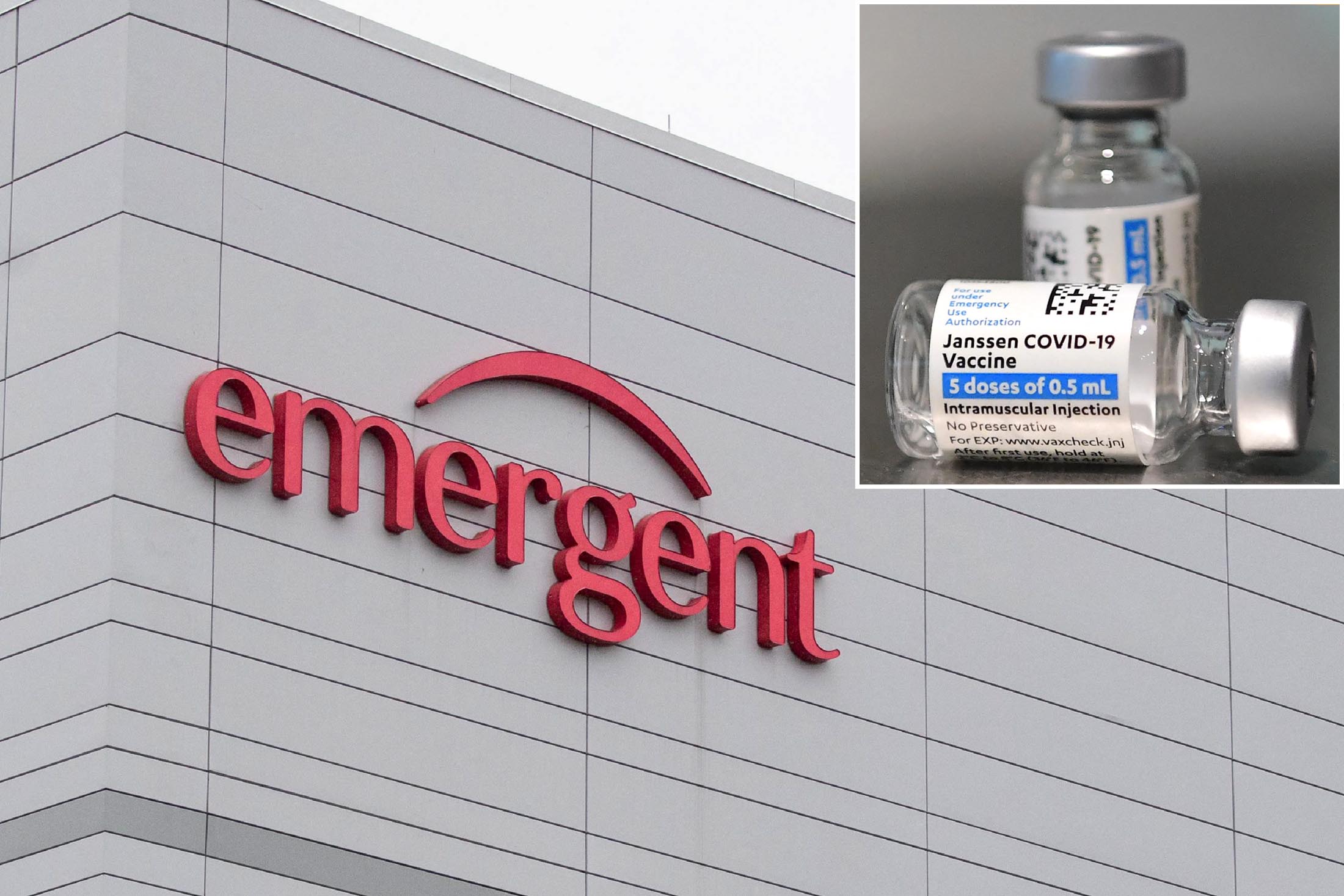 About 60 million doses of Johnson & Johnson’s COVID-19 vaccine are getting trashed because of possible contamination at a troubled Baltimore plant, according to reports Friday.

The vaccines were manufactured at the Emergent BioSolutions factory, known as Bayview, which was forced to halt operations in April after an ingredient mixup caused 15 million of the one-dose J&J shot to be destroyed.

Roughly 100 million doses were then set aside for testing at the factory, which produces both the J&J shot as well as the one by Pfizer, sources told the Associated Press.

The Food and Drug Administration announced Friday it was giving emergency use authorization for just two batches of the J&J drug so far — which the AP said was about 10 million shots.

Other batches are still under review, the FDA said.

About 60 million doses of J&J’s COVID-19 vaccines are getting trashed.AP

Meanwhile, the FDA determined “several other batches are not suitable for use,” the federal agency said — with sources telling the New York Times that it amounted to about 60 million shots.

“These actions followed an extensive review of records, including the production history of the facility and the testing performed to evaluate the quality of the product,” said Peter Marks, director of the FDA’s Center for Biologics Evaluation and Research.

The FDA said it was allowing the batches to be used “based on this review and considering the current COVID-19 public health emergency.”

However, the doses will carry a warning that regulators cannot guarantee that Emergent BioSolutions followed good manufacturing practices, the Times said.

The Emergent BioSolutions factory, known as Bayview, was already forced to halt operations in April after 15 million of the J&J shots had to be destroyed due to an ingredient mixup.Getty Images

The FDA also announced it was extending the shelf life of J&J COVID-19 vaccines from three months to four-and-a-half months, amid fears over millions of doses that are set to expire this month.

“The action to extend the shelf life for the refrigerated [J&J] vaccine means that jurisdictions that have doses on hand now have additional time to administer vaccine,” Marks said.

Don't Miss it What's behind the resurgence of the Wuhan lab concept? | DW Information
Up Next YouTube has blocked Sen. Ron Johnson for 7 days after it eliminated a video of him spreading coronavirus misinformation