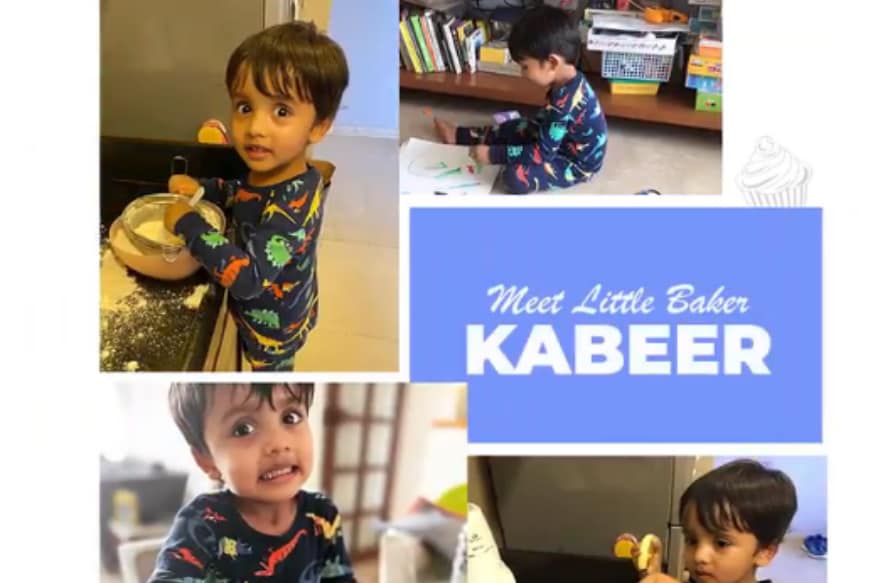 Kabeer also gave a note to the Mumbai Commissioner that read: ‘Dear Police uncle, thank you for taking care of us. Pls catch the virus and shoot it with your gun.’

A three-year-old Mumbai-based boy is the internet’s latest hero. Kabeer donated a sum of Rs 50,000 to the Mumbai Police.

According to a report published in the Mumbai Mirror, the little boy had raised a part of the sum by selling cupcakes that he baked at home with the help of his mother.

Giving an insight about how the family got the idea to do something like this, Kabeer’s father Keshav revealed, that the idea came from their friend based in London. The cupcakes that his son and wife made were sold to neighbours and friends. However, there was no fixed price for a cupcake, so people gave whatever they felt like.

The father of the little boy further revealed that they sold cupcakes for Rs 25,000 and added the remaining sum from their own pocket.

“We sold cupcakes worth Rs 25,000 and added the remaining balance from our own pocket and donated it to Mumbai Police Foundation for the good work they are doing in looking after us during the pandemic. Now, we plan to raise it to a lakh,” quoted the daily as saying.

The little boy handed over the cheque to Param Bir Singh, Mumbai Police Commissioner, along with his mother Karishma and father Keshav.

Kabeer also gave a note to the commissioner that read, “Dear Police uncle, thank you for taking care of us. Pls catch the virus and shoot it with your gun. I want to go to meet my nanaa and my friends. You can use the money to buy medicines and lollipops. Love love, Kabeer”.

Reacting to the heartwarming gesture, the police commissioner told the daily that he was ‘very touched’.

Sharing a video of Kabeer’s cupcake journey, Mumbai Police in its tweet said:

“Look what’s baking! This 3 year old little baker Kabeer, had a BIG surprise for @CPMumbaiPolice He made a priceless contribution to the #mumbaipolicefoundation with his hard earned money! Ever seen a bigger heart than that of our wonderful little #coronawarrior ? @kshvjn (sic)”.

Video giving an insight to Kabeer’s journey has been viewed over 20 thousand times and the tweet has crossed 900 likes mark.

This gesture was lauded by netizens and they were all praises for Kabeer.

A user wrote, “ Super Effort @kshvjn Thanks @MumbaiPolice for taking care of us during these trying times!”, another person said, “So sweet. God bless him and give him more strength and willpower”

Twitterati were in praises of the young baker.