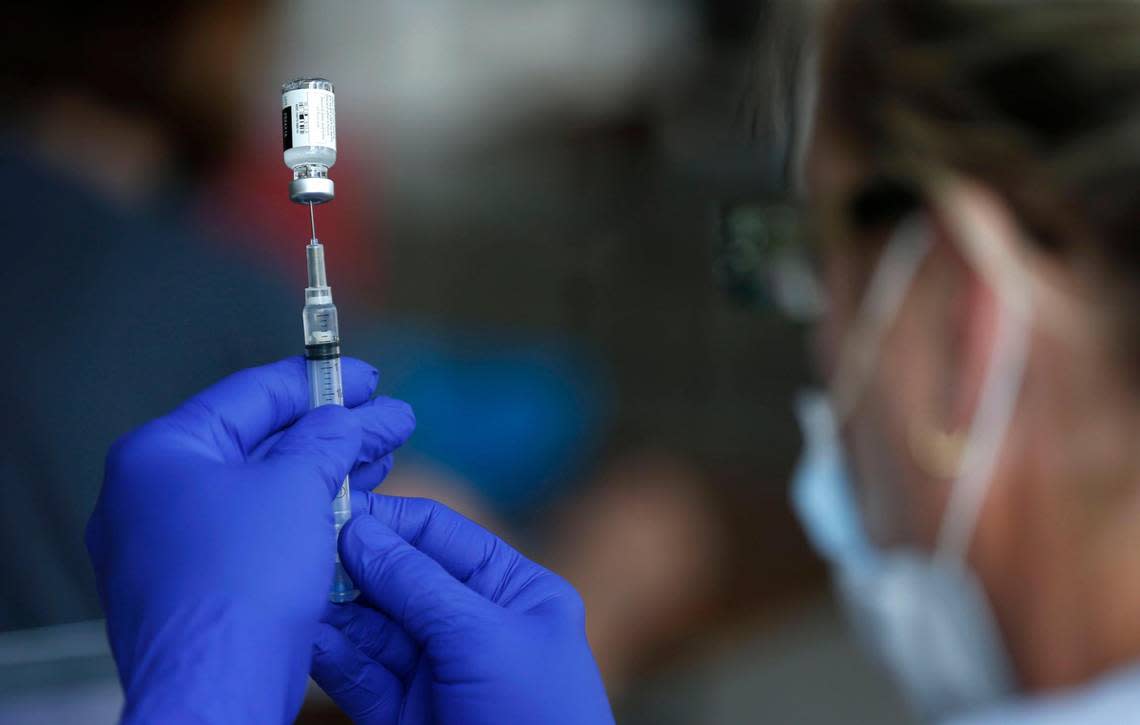 Seventeen more residents of southwest Missouri have died of COVID-19 in Greene County’s latest reporting period as the area has experienced a spike in cases and a short supply of the medical equipment needed to treat the severely ill.

On Tuesday, the Springfield-Greene County Health Department reported the death toll was the highest in a single reporting period since January. The period covered between June 21 and July 4, and all of the fatalities occurred in June, health officials said.

The dead ranged in age from their 40s to 90s. None were vaccinated, according to the health department.

“This should be extremely concerning to our community, especially as the highly contagious Delta variant continues to infect and hospitalize many people,” Acting Director of Health Katie Towns said in a statement Tuesday. “It’s our responsibility to protect ourselves and our loved ones from this deadly virus by getting vaccinated.”

Renewed calls for vaccination have come as deadly variants of COVID-19 have spawned within Missouri’s borders. The Delta variant, which has become the predominant driver of new cases in the state, is one strain of the virus considered to possibly cause more severe illness and higher risk of death.

Health officials say those getting sick now are mostly unvaccinated and the deaths and surges of hospitalizations are preventable. Elected officials too, including Gov. Mike Parson, have publicly warned against resurgences of the virus and encouraged people to get vaccinated.

“The bottom line that people need to know: this virus is still here, and it’s going to be here,” Parson said last week. “It’s just not going to go away.”

Missouri has reported 528,802 total cases since the beginning of the pandemic, including 9,340 deaths. The state has administered 4,992,721 vaccine doses, with 44.8% of the population initiating vaccination.

The news in Greene County comes after Mercy Springfield hospital experienced a shortage of ventilators — used to treat patients with severe respiratory problems — over the Fourth of July weekend.

On Monday, health officials there said more ventilators had arrived and a second COVID-19 ICU unit was opened. By Tuesday, CoxHealth CEO Steve Edwards posted a “call to arms” asking for respiratory therapists to help handle the patient load.

In Kansas City, the metropolitan area added nearly 800 more COVID-19 cases over the past week as the rolling average rose to 112 — breaching 100 for the first time since late May. One week ago, the average sat at 83 and two weeks ago, it was 63, according to data maintained by The Star.

The Star’s Lisa Gutierrez and Katie Moore contributed to this report.